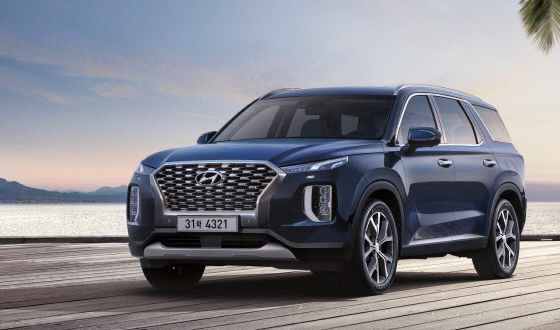 The union finally agreed to a ramp-up in output in Hyundai Motor Co.’s highly-sought big-sized sport utility vehicle (SUV) Palisade, removing the stumbling block to a recovery in domestic sales by the top automaker.

The agreement among union representatives comes after they sorted out the issue of whether to push construction work at Ulsan Plant 2 during summer vacation or Chuseok, Korea’s Thanksgiving holiday. Agreement has been made so that refurbishment begins in summer.

Hyundai Motor management and labor union are expected to sign an agreement when its employment stability committee holds a meeting on Friday.

Currently, Hyundai Motor is able to churn out 8,600 units of Palisade monthly at its Ulsan Plant 4. The automaker has been faced with extreme production shortage due to unexpected popularity of its first big-sized SUV, with consumers having to wait up to one year after placing orders.

Since its launch in December last year, about 35,000 Palisades have been shipped out, supply shortage being the primary stumbling block to bigger sales.

Supply issue even worsened when Hyundai Motor began exporting Palisades from June, which led to discussions among the labor groups to devote another assembly line to the popular SUV after refurbishment. Labor representatives at Ulsan Plant 4 refused to add a production line and asked for more time for discussions.

Workers at Ulsan Plant 4 were reluctant to share the SUV load with Plant 2 on concerns that they would receive less overtime pay if orders dwindle in the future.

A deal was reached in the end when labor union representatives agreed for joint production after they agreed to reduce production at Ulsan Plant 2 first when overall number of orders decline.

An unnamed official from Hyundai Motor said that the latest agreement between labor representatives will help boost even more sales of profitable Palisade.

The automaker is expected to begin joint production this year.