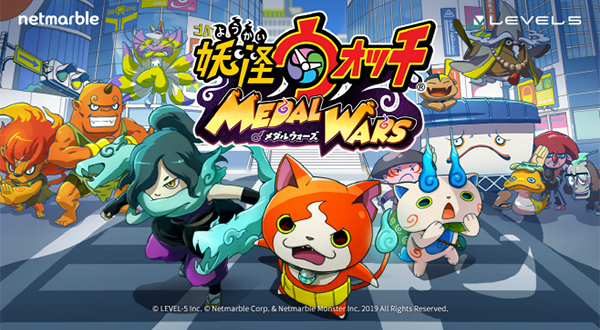 Its subsidiary Netmarble Monster has developed the game based on Yo-kai Watch franchises held by Japanese game publisher Level-5. The game features the real voices of original characters to allow players to immerse in the story. Through augmented reality (AR) technology, users can collect different Yo-kai by taking images and train them to fight in battles.

Netmarble is pinning high hopes on the new battle RPG as Yo-kai Watch once took Japanese gamers by storm. It has received more than 2 million pre-orders since February when it began to take pre-registration in Japan.

More than 80,000 users played the game during the pre-opening test period from March 28 to April 4, and 96 percent of them said they would like to continue to play the game after its official launch.

Since its first release in 2013, Yo-kai Watch has achieved global sales of 10 million copies. It was also released in an animated movie and topped box office in Japan.