S. Korea to spend $27 bn on infrastructure upgrade over next 4 years 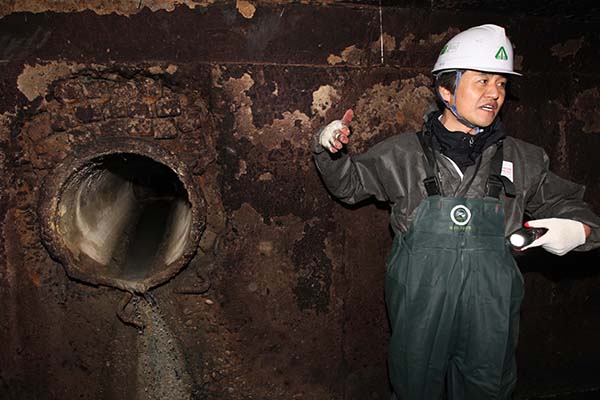 이미지 확대
South Korea will spend 32 trillion won ($27.2 billion) over the next four years on replacing and upgrading aged urban infrastructure amid a series of accidents in recent months.

The Korean government announced the new measures for maintaining safe, sustainable infrastructure in a state council meeting Tuesday. Social infrastructure spending would average 8 trillion won every year from 2020 to 2023. The budget for this year is expected to be around 4.4 trillion won when including the 400 billion won from the supplementary budget that is still pending in parliament.

Late last year, a fire broke out in the underground cable tunnel of Korea’s second-largest wireless provider in Seoul, paralyzing connection across downtown areas. The pipeline explosion in Goyang city, an accident that killed one and injured 22 people, immediately triggered inspections of the country’s aging pipelines and found hundreds of sites in need of repair.

Most recently, the reddish tap water crisis affected thousands of households in the city of Incheon for nearly a month, which turned out to be caused by lack of oversight during a checkup of the city’s water treatment system.

The latest infrastructure spending would partly go into fixing the aging roads, bridges and tunnels. It would also be used to repair 692.8 km of high-speed rail networks and 3,421 km of conventional lines by 2022.

The state plans to allocate 490.8 billion won on replacing gas and oil pipelines from 2019 to 2023, more than fourfold the budget of the previous five-year period. Underground cables would all be replaced to fire-retardant lines, with 1,507 km of underground water pipes that are more than 20 years old to be replaced or repaired by 2020.

According to the Ministry of Land, Infrastructure and Transport, about 35 percent of the country’s cable tunnels, 25 percent of utility tunnels and 23 percent of underground water pipes are more than 30 years old.

By Choi Hee-seok and Kim Hyo-jin