The new milestone of 1 million subscribers was reached on Monday, 69 days after Korea became the first country in the world to officially launch 5G commercial services on April 3, according to the Ministry of Science and ICT. 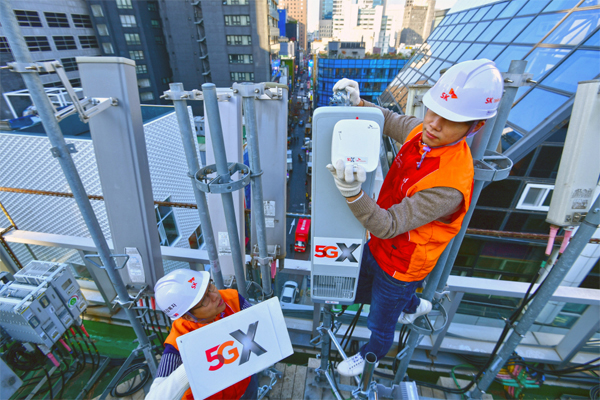 SK Telecom’s engineers check the installation of 5G antenna units on the rooftop of a building in Myeong-dong, Seoul. [Photo by SK Telecom Co.]

The ministry also said 5G base stations will also be installed for each subway line across the country, and it is in close consultation with authorities responsible for each route for quick service launches.

Telecom carriers and smartphone manufacturers have released software patches to address initial problems in reception and drops in connectivity speed. The upgrades were completed in more than 85 percent of subscribers, according to the ministry. Smartphone manufacturers are set to release various 5G smartphone models in the third quarter with improved 5G-specific functions.