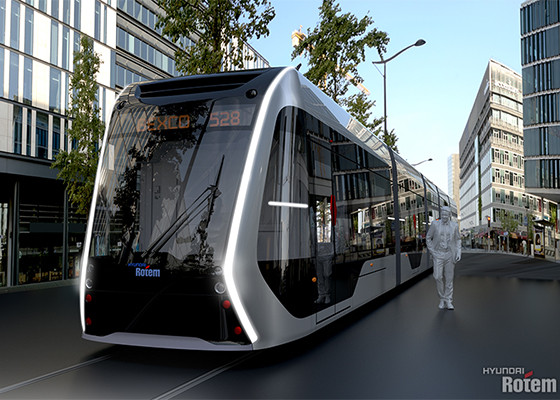 Hyundai Rotem, a rolling stock producer under the automobile conglomerate family, on Monday announced it signed a memorandum of understanding (MOU) with Hyundai Motor to cooperate in the development of hydrogen electric trains. Under the agreement, Hyundai Motor will supply train-specific hydrogen fuel cells to Hyundai Rotem, while Hyundai Rotem will develop and verify system interfaces between hydrogen fuel cells and rail vehicles, along with manufacturing of hydrogen electric trains.

Hydrogen electric trains are unmatched in sustainability as they do not emit pollutants other than water and no electric power supply facilities on the rail are required, leading to saving of electricity infrastructure construction and maintenance costs. 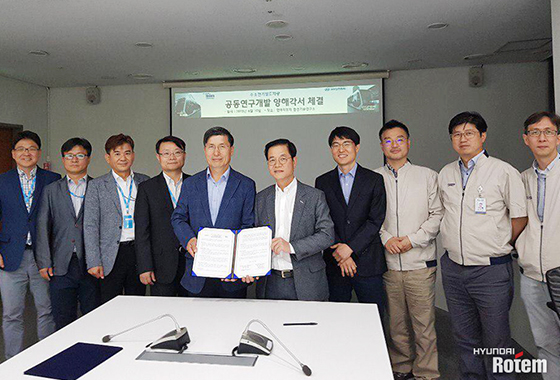 Before the agreement, Hyundai Rotem has envisaged a low-profile tram-type platform that can run 200 km at a maximum speed of 70 km on a single charge. The company plans to prototype the model by late 2020 through intensive technology cooperation with Hyundai Motor.

Hyundai Rotem earlier said it will increase the number of research staff and raise R&D spending by over 30 percent a year by 2022 to secure future railway technology, focusing on hydrogen electric trams.