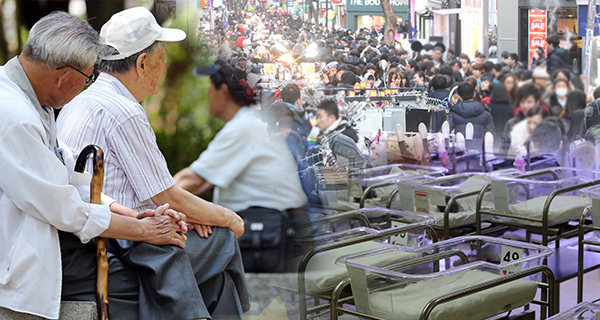 이미지 확대
The South Korean government in the second half will embark on the ambitious work to draw up a roadmap to reinforce systematic and legal grounds to accommodate an aged society with fewer young people, including extension of a statutory retirement age.

The Ministry of Economy and Finance said on Sunday that it will pick an organization within this month to assign research on demographic policy direction and draw up measures by the end of this year. The study will be used in the second-phase government work to be launched in the second half.

The government has been running a task force team with ministries of finance, education, defense and health and welfare since April to study demographic solutions including providing incentives to companies who hire retired people of 60 years or older. It plans to announce the results of the first-phase study around the middle of this month after holding an economic vitalization meeting. 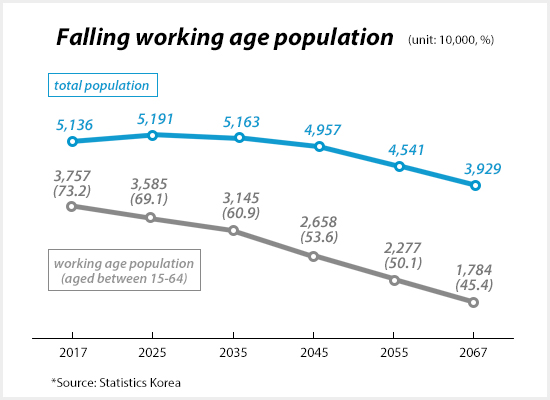 이미지 확대
The government-led task force team is expected to discuss on raising the legal retirement age in its second round of talks in the latter half based on the results of the assigned research. The government plans to extend the retirement age by two stages to minimize social shocks. In the first stage, it will offer benefits to businesses that retain employees who are 60 years or older or rehire retirees, and extend the legal age to 65 or over in the second stage.

Amid the dwindling population subject to military service due to the low birth rate, the government also mulls shifting main military force from rank and file troops to professional soldiers and strengthening military technology.

It will also consider measures to cut education-related budget on falling school-age population, and increasing welfare budget to better respond to the aging society.

Debate on the possible extension of legal retirement age from current 60 to 65 is heating up in Korea, which officially became an “aged society” in 2017 when the elderly population, those aged 65 and older, accounted for 14 percent of the total, according to the World Health Organization.

By Sohn Il-seon and Choi Mira