KHNP may be denied of exclusive contract on UAE reactor maintenance 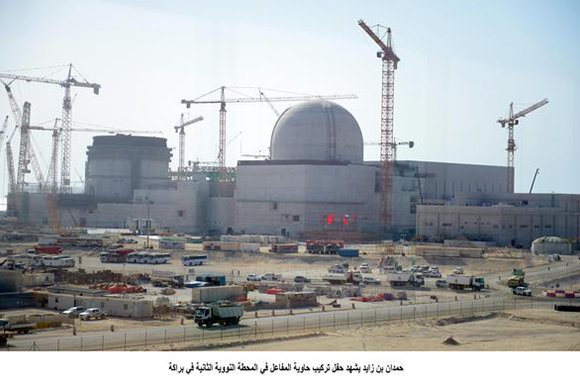 Korea Hydro & Nuclear Power Co. (KHNP) may not bag a multibillion-dollar long-term exclusive contract on maintenance for the first nuclear power plant in the United Arab Emirates it had designed and was constructing for the Middle Eastern country.

KHNP, a subsidiary of state-run utility firm Korean Electric Power Corp. (KEPCO), has been in talks with the U.A.E. government to win a long-term exclusive contract to maintain the Barakah nuclear power plant in the U.A.E., a 3 trillion won ($2.5 billion) worth project that would span 10 to 15 years. But the U.A.E. government reportedly is mulling the option to break down the long-term project into several shorter-term projects for commissioning to several players, according to the Korean Ministry of Trade, Industry and Energy and industry sources on Sunday.

The U.A.E. government and Nawah Energy Co., the operator of the Barakah nuclear plant, are yet to make the final decision on the maintenance project for the Barakah nuclear power plant, but it is unlikely for KHNP to solely enter into a long-term maintenance agreement for the power plant as the Korean government earlier expected, said a Korea trade ministry official said.

Nuclear power plant maintenance project is largely divided into two stages – a regular maintenance and repair project and a comprehensive project which involves the complete shutdown of nuclear reactors for full inspection.

Industry watchers expect that the U.A.E government would award a regular maintenance and repair contract, which is cheaper with a shorter commitment period, first and then commission the comprehensive, full inspection work after the nuclear reactors go into operation in 2021 as scheduled. Typically, nuclear reactors undergo a comprehensive check-up 18 months after commencing operation in line with nuclear fuel’s replacement cycle.

The immediate maintenance project for regular repair and checkup is likely to fall onto the reactor designer, sources expected. But the project would be worth only 500 billion won, falling far short of 3 trillion won that the Korean company anticipated.

Nawah Energy has been in talks with three bidders including a KHNP-led consortium, Doosan Babcock and Allied Power of the United States for the maintenance deal.