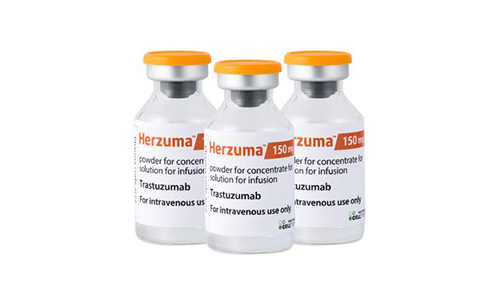 Celltrion announced on Wednesday it has received approval from ANVISA – the National Health Surveillance Agency in Brazil – to launch its breast and gastric cancer biosimilar Herzuma in the South American country.

Marketing approval was granted to both doses of the monoclonal antibody, 150mg and 440mg, in the treatment of patients with early breast cancer, metastatic breast cancer and metastatic gastric cancer.

The reference drug of Herzuma is Roche’s blockbuster breast cancer drug Herceptin (trastuzumab) which is estimated to generate $251 million in revenue a year in Brazil alone and $435 million in the entire Latin American market.

Celltrion said it will discuss a launch strategy with its distribution affiliate Celltrion in considering of the local market situation. Celltrion plans to penetrate into Brazil, the biggest trastuzumab market in Latin America, and leverage it as a bridge to entering adjacent markets. Celltrion’s local partner for Herzuma distribution in Brazil is Biomm, an influential pharmaceutical company in the country.

Celltrion also said the Brazilian health authority is expected to complete a review of its NDA for Truxima, a rituximab biosimilar whose market value reaches $210 million in Latin America.

Brazil is relying on imports for 80 percent of active pharmaceutical ingredients used domestically and spends 32 percent of its overall drug expenditure on antibody drugs. In addition, 80 percent of the Brazilian pharmaceutical market is driven by federal and provincial governments, making it very attractive to biosimilar bidders.