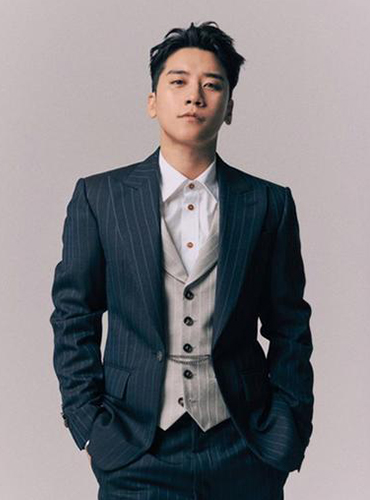 Seungri, the youngest of Big Bang currently inactive due to military duties by other members, has been under police investigation on a number of criminal charges including embezzlement, drug abuse and brokering prostitution. A local media reported on Monday that he shared sex videos and photos, believed to be filmed without consent of the women, through a group chat room with other fellow celebrities and his acquaintances.

The latest development is a big blow to the 29-year-old singer who already went in for voluntary questioning last month amid ongoing suspicions that serious crimes including narcotics use and sexual violence are frequently committed at Burning Sun, a club in Gangnam district in southern Seoul that he had once managed. The club is also suspected of having bribed local police.

Immediately after the latest news about his new charges was reported yesterday, the idol star announced his retirement from his entertainment career and apologized for causing troubles.

Scandal-ridden YG members have caused major upsets to their stock investors before.

Two other members of Big Bang were arrested for smoking marijuana in the past, and a member of now-disbanded girl group 2NE1 was embroiled in a drug scandal. Some investors have raised doubts about the management company’s ability to manage the personal risk of its celebrities.

Its fall has been a boon for its rivaling JYP Entertainment that has on a roll with girl groups. Twice made a comfortable comeback last year, and its newest girl label ITZY has stormed the charts.

The company said the stellar performance was driven by increased content sales and sound overseas business. JYP Entertainment shares on Tuesday closed 4.01 percent lower at 29,950 won. JYP Entertainment also began accepting applications for next-generation actors and actresses born between 1992 and 2008. It will kick off an audition on April 28.