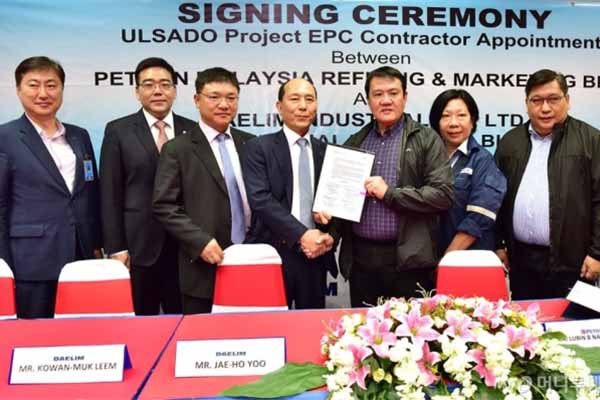 Under the contract, the Korean engineering company will build a new diesel processing facility in the oil refining plant in Port Dickson, about 60 kilometers away from the capital city of Malaysia Kuala Lumpur. The facility will be capable of producing 35,000 barrels of diesel fuel a day.

Daelim Industrial, under turnkey basis contract, is responsible for the entire processes ranging from engineering and procurement to construction. It has already begun designing the facility in August last year. The construction will be completed by the latter half of 2020.

The Malaysian oil company has so far awarded 10 orders including the latest deal for oil refining and petrochemical plants to Daelim Industrial in recognition for its outstanding technical skills and project performance, the Korean company said.

Shares of Daelim Industrial finished Friday up 0.31 percent at 97,500 won.