S. Korea to entirely pay hospital bills for kids until age of 7 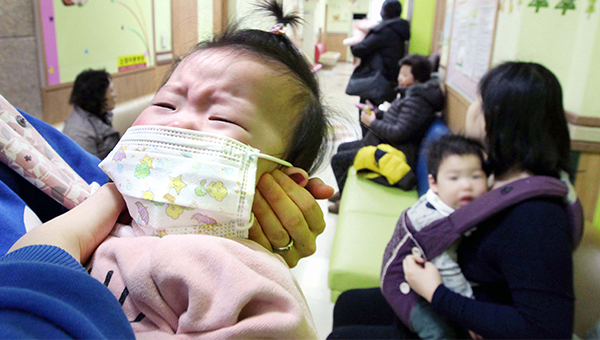 이미지 확대
The South Korean government will propose the state to shoulder the entire medical fees for Korean youngsters from fetus till they reach the school age by 2025 to encourage more couples to have children in a society where demographic factors pose threat to its long-term viability.

The presidential committee devoted to tackle low birth rate and aging society on Friday proposed a set of recommendations. Sharp increase in child benefit made the keystone of its outline.

Starting next year, it proposes the government to increase coverage for babies under 12 months and reimburse the rest of the hospital bills in cash card. By 2025, the benefit will gradually be expanded to cover their medical cost until their first school age of seven.

The medical cost burden for premature babies and young patients suffering with serious illness will also be lowered with the individual’s share of medical bills cut to 5 percent from current 10 percent.

The infertility support program will be revised to reduce the medical burden for infertility treatment expenses and raise the age cap for receiving healthcare insurance benefits to above age 45 as early as in the second half of next year.

Childcare subsidy will also be expanded. The government will give a childcare subsidy worth 100,000 won ($89) every month for all children under five from January next year and those under seven from September.

The country has been struggling hard to boost low birth rate. The fertility rate dropped to an all-time low of 1.05 in 2017, which was the lowest among 35 Organization for Economic Cooperation and Development countries with an average of 1.68.

By Kim Gi-chul and Cho Jeehyun