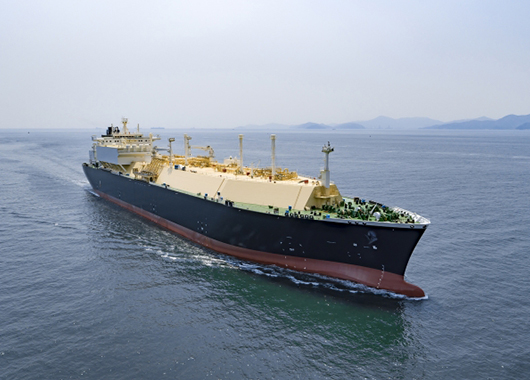 The Korean shipbuilder said Wednesday that the deal – which is an option linked to a shipbuilding contract reached in February – also includes an option for four additional orders that could be made next year.

Under the latest contract, DSME will build two LNG carriers with 174,000 cubic meters in size at its shipyard in Okpo, South Gyeongsang Province, and aim to deliver them by the first half of 2021. The vessels will be powered by high-pressure gas injection engine ME-GI, which provides 30 percent higher fuel efficiency compared with other LNG carriers, and more than 30 percent lower emissions.

With the latest order, DSME has secured total 41 orders worth $5.64 billion so far this year, including 14 LNG carriers, 16 very large crude-oil carriers, seven very large container ships, and four special ships, and has achieved 77 percent of its $7.3 billion target for this year.

By Kang Gye-man and Lee Eun-joo