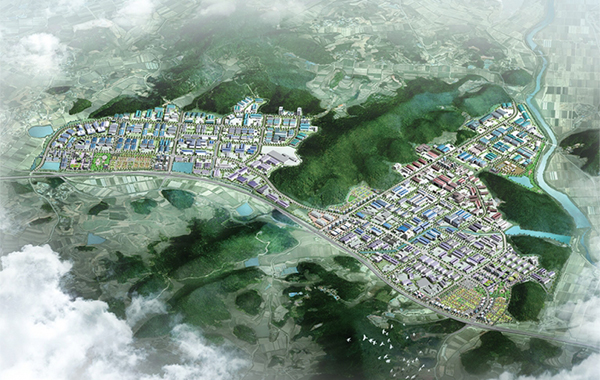 Bitgrin National Industrial Complex in Gwanju, a base for regional job creation project [photo provided by the Gwanju Metropolitan City]

South Korea’s auto giant Hyundai Motor Co. and the Gwangju Metropolitan City have tentatively reached a landmark agreement to set up a joint-venture assembly line in the southern city, which could be the country’s first car factory in two decades that can make jobs for 11,000.

The Gwangju City government announced Tuesday that Hyundai Motor tentatively agreed to construct a new manufacturing line in the city and add 1,000 direct employment and 10,000 contract jobs. The two sides have been in talks for the deal in which the carmaker hires people by paying lower-than-average base salary and the central and local government support welfare and other compensation costs.

The city administration has been working on the so-called Gwanju business model - a public-private joint venture aimed to make jobs at lesser cost for employers in a country where facility investment has slumped due to high labor costs, low productivity, and militant unions - under the central government support as the southern region suffers from poor automobile and shipbuilding industry.

이미지 확대
The project has been stalled due to strong opposition from unions including Hyundai Motor’s labor union protesting to the threat to their interests. The Korean Confederation of Trade Unions (KCTU) vowed to join the Hyundai Motor union in general strike if the deal goes through.

The Gwangju City government had planned to convene a meeting with the Federation of Korea Trade Unions (FKTU), regional labor group in Gwangju, business groups and civic groups to sign the deal on Wednesday, but the FKTU refused to attend the meeting due to disagreement in some clauses.

If the agreement is successfully reached, workers at the new Gwangju plant with a total output capacity of 100,000 units of vehicles per annum would work 40 to 44 hours a week to manufacture 70,000 units of small-sized SUVs and receive 35 million won ($31,463) a year as base salary, about half of what Hyundai Motor employers are currently paid on average. All of the vehicles to be produced at the plant will be shipped overseas.

By Park Jin-joo and Choi Mira