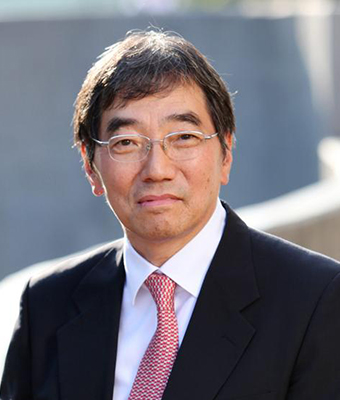 The FSC nominated Yoon, 70, a visiting professor of business administration at Seoul National University, to replace Kim Ki-sik, the financial watchdog’s second short-lived chief who resigned upon charges of violating the election laws after only two weeks in the office. Kim was a replacement for Choe Heung-sik who stepped down six months after he took the helm due to a hiring scandal at a bank he served as the president in 2013. Yoon would be the third FSS chief under Korea`s current administration.

The FSC said Yoon is a "well-qualified person" to spearhead financial reforms in line with the current administration’s financial policy direction.

Yoon currently is director of FSC’s committee that outlines measures to reform financial administration affairs. He has suggested ideas to slap penalties on the borrowed-name accounts of Lee Kun-hee, chairman of the country’s largest family-owned conglomerate Samsung Group, and introduce a labor director system allowing workers to sit on the board of directors.

He also has been an active advocate of an idea proposing to make FSS independent from FSC, which makes financial policies and supervises them, to help it maintain neutrality.

Previously, he served as the president of the Korea Money & Finance Association and had been a member of the National Economic Advisory Council.

Yoon will be formally appointed as FSS governor upon president’s approval. The nominee for the financial watchdog’s chief does not require legislative confirmation.

By Kim Dong-eun and Cho Jeehyun