Samsung Electronics’ market cap is 18th largest in the world 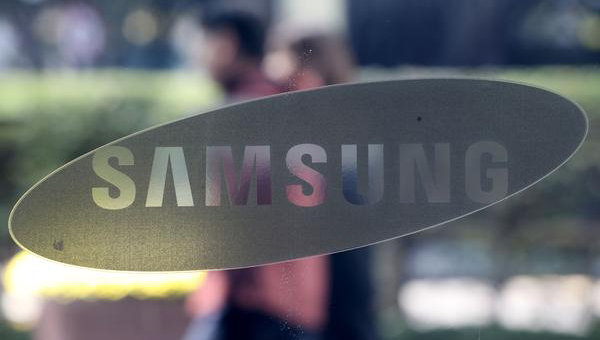 이미지 확대
Samsung Electronics Co. valuation was the world’s 18th biggest in terms of market capitalization this year, three notches lower from a year ago after Chinese and U.S. stock giants attracted more investors in the booming stock markets worldwide.

According to data compiled by the Korea Exchange, the country’s sole stock market operator, on Monday, the total market capitalization of 100 largest companies in the world expanded 27.5 percent on year to $21.5 trillion as of Feb. 2. Samsung Electronics’ value in the cited period also jumped 16.8 percent to $283.1 billion, but its ranking based on market cap fell three notches to the 18th while other global peers, especially Chinese firms, outperformed the Korean giant amid last year’s worldwide stock market boom that has buoyed most blue chip stocks across the world.

China’s tech giants Tencent and Alibaba as well as Industrial and Commercial Bank of China (ICBC) joined the world’s top 10 list based on market cap for the first time, according to KRX. Tencent’s market cap more than doubled to $549.4 billion from a year earlier, pushing up its global ranking to sixth from 14th. E-commerce tycoon Alibaba’s with its market cap hitting $479.7 billion ranked eighth and ICBC claimed the ninth spot with $407.19 billion.

U.S. tech giants made up the top three. Apple Inc. retained the title of the world’s largest stock with its market cap growing 20.8 percent on year to $814.3 billion. Alphabet Inc., Google Inc.’s parent company, was the second-largest with value of $774.9 billion, followed by Microsoft Corp. with $706.7 billion. The ranking of the top three firms has remained unchanged for the third year in a row.

Among the world’s 100 largest companies based on market cap, U.S. firms accounted for the biggest share with 51 firms while China had the second-largest share with 13 companies. At a distant third was Germany with six, trailed by France with five, the United Kingdom with four, and Switzerland and Australia with three firms each.

Korea had only one, Samsung Electronics, in the global top 100. The country’s other blue chip stocks SK Hynix ranked 289th with a market cap of $48.3 billion and Celltrion ranked 442nd with $34.7 billion. Hyundai Motor ranked 470th with a $32.9 billion market cap.

By Shin Heon-cheol and Cho Jeehyun