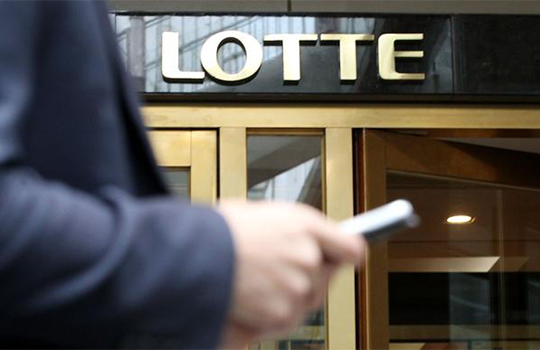 이미지 확대
South Korea’s conglomerate Lotte Group seeks to expand its presence in Vietnam with an acquisition of a Vietnamese financial company in hopes of offsetting its losses snowballing in China amid the ongoing diplomatic spat between China and Korea over Seoul’s U.S. antimissile shield installation.

According to Lotte Group and the investment bank industry on Wednesday, Lotte Card Co., credit card unit of Lotte Group, is in the final stages of talks to buy out TechcomFinance, a subsidiary of Vietnam’s fifth largest bank Techcombank. TechcomFinance currently holds a credit card license in the country.

“Lotte Card is expected to buy a 100 percent stake in TechcomFinance from Techcombank,” said a source close to the acquisition deal who declined to be named because the talks are still ongoing. “The two parties, who have agreed on most terms, are expected to sign a final contract on Friday.”

Once the two companies clinch the deal, Lotte Card will be the first Korean credit card company to hold a credit card license in Vietnam. Via TechcomFinance, the Korean card issuer will be able to offer card issuing, installment finance and consumer loan services in Vietnam. 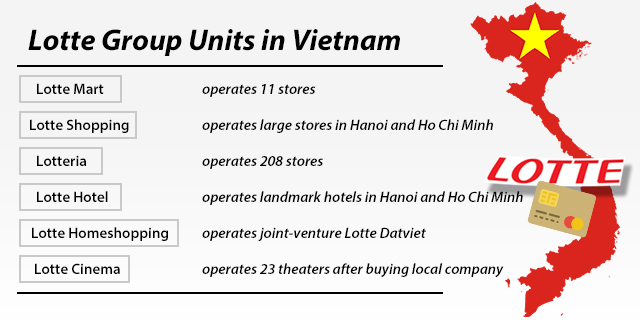 이미지 확대
It is the first acquisition Lotte Group has made this year. And Lotte’s decision to venture into the Vietnamese credit card market comes after its retail unit Lotte Mart has decided to withdraw from China by selling off its outlets in the country. The Korean retail giant is currently in talks with several potential buyers for its Chinese operation after its Chinese outlets were forced to close due to business suspension orders by Chinese authorities. Following the closure, Lotte Mart has faced snowballing losses from its Chinese operation, and it finally gave in to the increasing hostility towards its business after it handed over its land to the Korean government to deploy the U.S. Terminal High Altitude Area Defense (THAAD) antimissile shield, which China strongly opposes.

To offset the growing business risk in China, Lotte Group is believed to have shifted away its focus from China to Vietnam that has been on a solid growth path with many Korean companies eager to expand their presence.

The credit card market in the Southeast Asian country is still in the early stages of the development with only 3.3 percent population of the entire nation owning credit cards, but the Korean company seems to be optimistic about the growth potential of the market as the Vietnamese government has been actively encouraging its people to use plastics.

Lotte Group, which first entered Vietnam with its fast-food chain Lotteria in 1998, is currently operating several businesses under its 10 units including department stores, large retail stores, hotels, cinemas and home shopping. In July, Lotte Group Chairman Shin Dong-bin made a visit to Vietnam to look after its businesses in the country despite ongoing trials on charges of bribery.