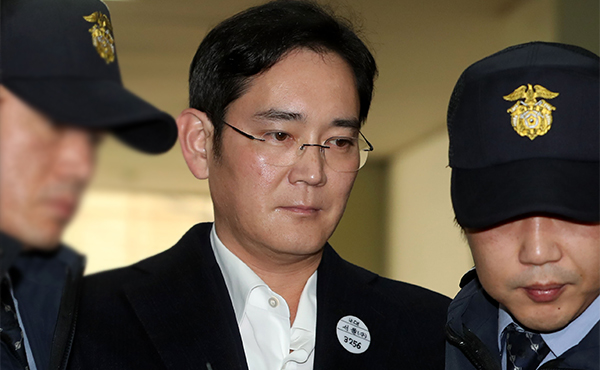 이미지 확대
Samsung Electronics Vice Chairman and Samsung Group’s de facto leader Jay Y. Lee currently under pretrial detention on bribery charges did not make it to the new list of outside board directors at Exor N.V., an investment company that acts as holding company over international automakers Fiat Chrysler and Ferrari.

According to industry sources on Wednesday, Exor held a regular board of directors’ meeting in Amsterdam, the Netherlands voting on a board reorganization that dropped Lee and three others. The outside board is comprised of 14 including António Horta-Osório, CEO of London-based Lloyds Banking Group and Robert Tishman, CEO of New-York based real estate investor Tishman Speyer. Lee was an outside member since 2012.

The company is scheduled to hold a general shareholders’ meeting on May 30 to put the agenda to a vote.

Lee currently is detained in a jail and faces trial. He rarely missed a board meeting at Exor, which is held four times a year at the company’s headquarters in Turin, Italy. Prosecution probe charging him of handing over donations to former President Park Geun-hye and her inner circle has prevented him from attending board meetings since November.