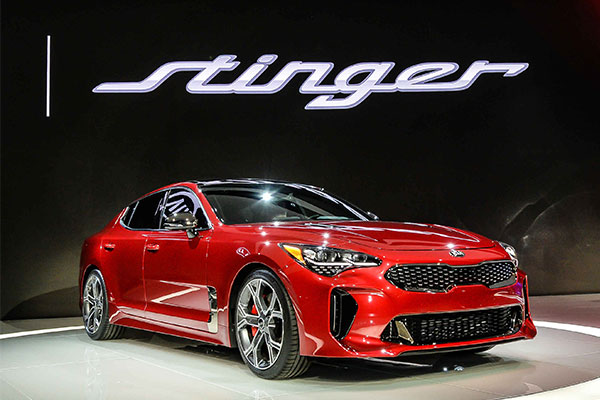 이미지 확대
South Korea’s second largest automaker Kia Motors Corp. in May will release high-performance sedan Stinger whose name will be commonly used at home and internationally but in Korea bear a specially-designed emblem, the company said on Monday.

The automaker will showcase a special badge for the Stinger at the upcoming Seoul Motor Show to be held on Mar. 31 and release the car in showrooms from May.

Kia Motors won’t use its traditional K brand for its first sports car, but will leave KIA logo on the models shipped abroad.

The fastback sedan comes with 2.0 turbo and 3.3 turbo gasoline engines and eight-speed automatic transmission. Both rear and four-wheel drive versions are available.

The Stinger, Kia’s fastest-accelerating car, will be priced over 30 million won ($26,930) for its lowest trim model and at 40 million won for major model, which is 10 million to 40 million won cheaper in the sports category when compared to household foreign names.