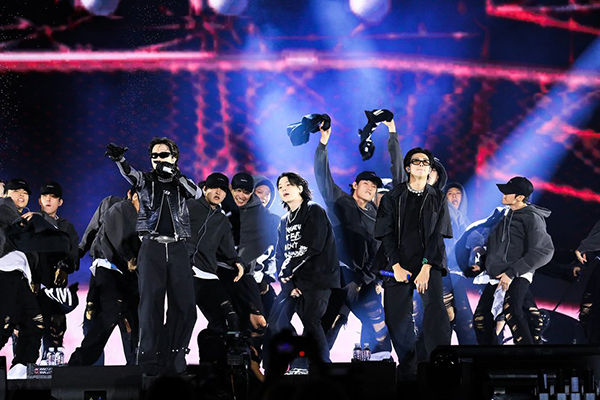 All 7 members of K-pop superstar BTS will take turns on military enrollment in honor of South Korean male citizen duty starting with the eldest Jin who turns 30 in December, their agency said Monday.

“BTS are readying to fulfill their military duty," announced Big Hit Music on Monday after the market closed. Shares of Hybe were lifted 5 percent Tuesday to 120,500 won ($85) upon clearance in their flagship star’s future.

Jin can push back enrollment until December next year as 30 is the maximum deferment year under exemption clause that was included in the revised conscription act. If he enrolls this month, he could be summoned for duty within three months.

The others will enroll according to their schedule, the agency said, adding this could be the best time after the group has recently finished a concert in Busan to support the city’s bid for World Expo 2030.

BTS members would be able to join concerts for national events or interests if they wish while on duty, Moon Hong-sik, deputy spokesperson for the defense ministry said Tuesday in a press briefing. Earlier defense minister Lee Jong-sup said BTS may join overseas tours while serving the military.

The announcement would put an end to much dispute over sending award-winning BTS away for military service for around two years as unlike medal-winning classical artists and athletes, there are no conscription exemption provisions for K-pop stars.

By Jung Joo-won and Lee Eun-joo