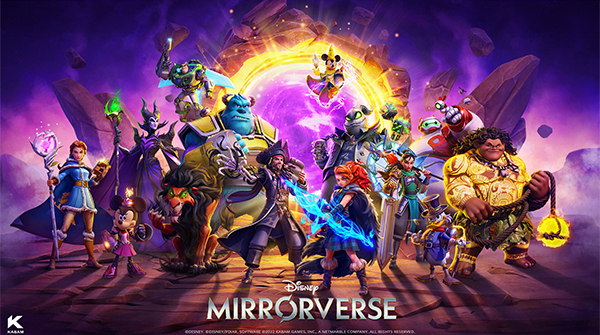 According to the game industry on Wednesday, Korea’s game majors Netmarble, Com2uS, Nexon, Pearl Abyss, Krafton, and NCSoft earned combined 1.26 trillion won from sales in Europe and North America in the first six months of the year, up 29.4 percent from a year ago. 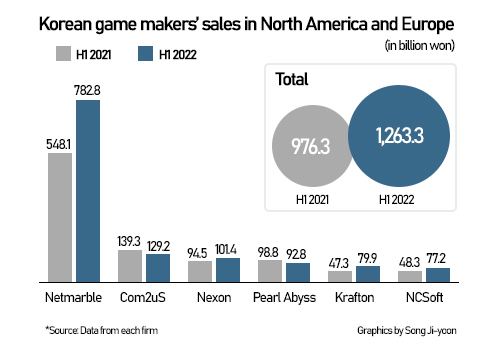 이미지 확대
Krafton reaped 79.9 billion won, up 70 percent from a year ago, thanks to its steady seller Battlegrounds. NCSoft saw its sales in Western Hemisphere jump 60 percent to 77.2 billion won from 48.3 billion won during the same period.

Korean game companies turned eager to seek M&A opportunities in North America and release labels and in console titles that can appeal more to Westerners as their previous biggest market China stayed more or less closed due to localization strategy.

Krafton plans to release a survival horror game The Callisto Protocol, in December, while NCSoft will launch Lineage W early next year. Kakao Games will roll out its blockbuster Odin in Europe and North America early next year. “

By Jin Young-tae and Jenny Lee