Blackpink’s “Born Pink” looking at No. 1 at Billboard 200 as the first K-pop girl group act 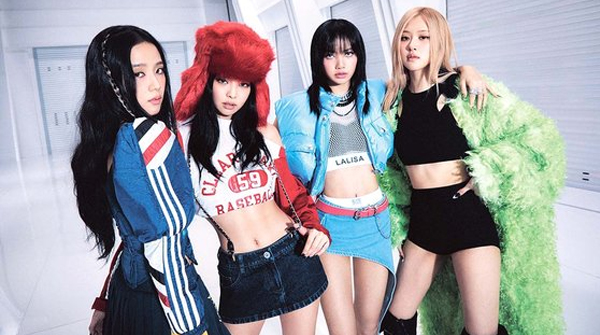 Blackpink’s new album “Born Pink” is looking at No. 1 in the U.S. Billboard 200 chart as the first K-pop girl group act.

According to Billboard’s website on Sunday (local time), Blackpink’s latest release is expected to top the main albums chart on Oct. 1, with 102,000 equivalent album units earned in the week ending Sept. 22 in the U.S.

The latest feat comes in just a few days after it took the top spot on the Official U.K. Albums Chart for the first time as an Asian girl group. The quartet commanded No. 1 both in the U.S. and the U.K, a rare feat for a girl group after Destiny’s Child in 2001.

Pre-released single “Pink Venom” gained huge traction from global audience, with its music video drawing over 100 million views within a day after its release on Sept. 16. Pre-orders for the album exceeded 2 million, and 1.54 million albums were sold in the first week of release.

Blackpink can set a turning point in K-pop history with girl power. Earlier, aespa’s “Girls” and TWICE’s “Between 1&2” made a debut at No. 3 on Billboard 200 albums chart, and ITZY’s “Checkmate” at No. 8.

By Park Dae-eui and Lee Ha-yeon