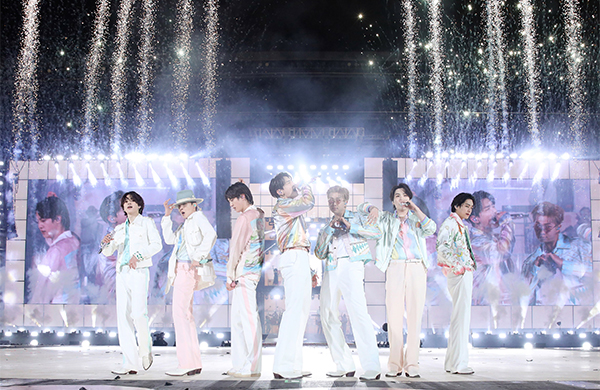 Shares of Hybe reversed north Monday as a poll showed six out of 10 South Koreans approved of military conscription exemption for K-pop sensation BTS members for their contribution to national dignity.

A poll by Realmeter at the request of the National Assembly Defense Committee for two days last week on random 1,018 Koreans aged 18 or older found 60.9 percent approving of amendment in the Military Service Act to grant exemption to pop artists contributing to national dignity.

BTS has become the most successful Korean pop act, selling over 30 million records and making history in global musical charts. Although 34.3 percent disapproved of the favoritism, 58.7 percent among them thought enrolled members should be allowed to continue with concert activities.

All able-bodied South Korean male citizens must serve military for 18 to 21 months, but exception is granted to athletes, classic musicians, and artists who win top places in international competitions.

Hybe shares have been restrained after BTS in June announced they were taking a time off for unspecified period as the septet near maximum enrollment age of 30. The eldest Jin turns 30 in December and Suga would be next.