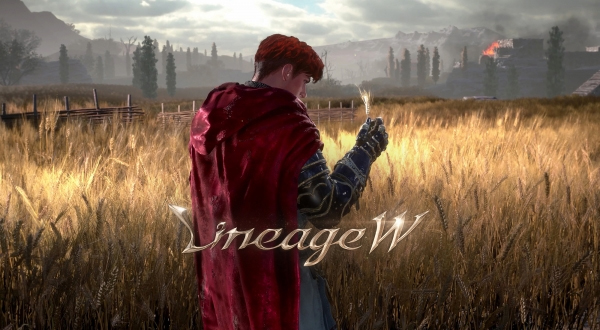 South Korean game companies are beefing up their overseas operations in response to the strong U.S. dollar that can aid income amid stagnated sales at home.

NCSoft’s overseas branches in North America, Japan, Taiwan, and Vietnam have increased the number of employees from 623 in 2019 to 807 during the first half of this year. The count of foreign employees at NCSoft’s headquarters in Korea has doubled from 27 to 46.

NCSoft is strengthening its overseas operation to cater different needs and interests of gamers from different cultures, said an insider from NCSoft. The campaign has been accelerated due to the global strengthening of the U.S. dollar, he added.

NCSoft’s new MMORPG "Throne and Liberty (TL)" has been designed for the international markets from the development stage. The release date has been delayed to next year to perfect the game.

The share of overseas sales rose from 21 percent against its entire sales in 2019 to 36 percent in the first half. 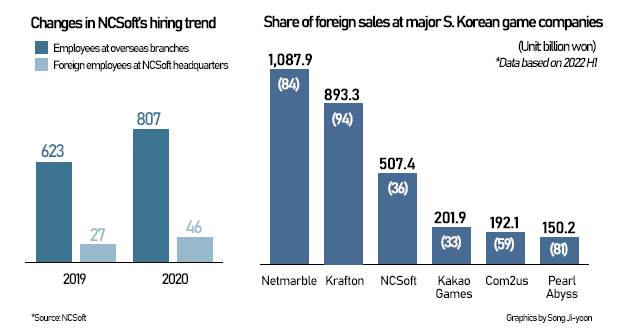 이미지 확대
Korean game developers have been upping console labels as they are popular in U.S. and Europe.

NCSoft has announced that TL will be available on both PC and console. Krafton and Nexon also plan to release console versions in new labels.

Neowiz‘s demo version of its new console game “Lies Of P” drew a hot response at Gamescom, a trade fair for video games.

Game exports as result are expected to surge.

According to data from Korea Creative Content Agency, game exports in 2021 amounted to $9.44 billion, up 15.2 percent from the previous year and accounting for 69.5 percent of all content exports.

Netmarble, which surpassed 1 trillion won ($730 million) in overseas revenue during the first half, plans to launch blockchain games in overseas markets during the latter half of the year. Com2uS carried out an organization reshuffle ahead of the international release of its new game “Summoners War: Chronicles.”