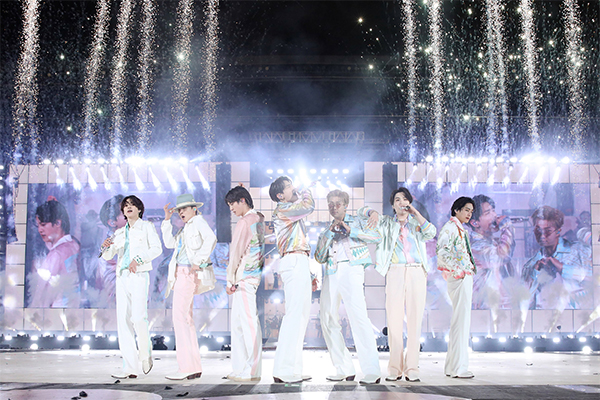 After uninterrupted nine-year activity and stunning ascension to unquestionable global superstar, K-pop household name BTS is taking a breather, timed with military enrollment applied to all able South Korean men under 30, to the upset of millions of their devoted Army fans and investors to their label Hybe.

“Until ‘Dynamite,’ it felt like our team was on my hand but from ‘Butter’ and ‘Permission to Dance,’ I was confused to what team we are,” said band leader RM, in a YouTube video posted late Tuesday. “It is very important to what story we make and message we throw and they are the meaning of life but that disappeared.”

이미지 확대
“The K-pop idol system itself does not let you mature,” RM said, “because you have to keep producing something and you have no time to grow.”

“I don’t remember when, but I don’t know what team we are,” he said. “I am confused to where my team and I should head to.”

He said that the team has lost its direction and it wanted to come back after some thoughts but he considered that to be rude in front of the fans.

“I had trouble churning out lyrics as I lost words,” Suga said. “I was writing lyrics reluctantly. Now, I really have nothing to say, I don’t know what to say.”

“We should talk about a change in BTS’s solo albums,” J-Hope said. “It is important for our chapter 2.” RM said that the group plans to shift solo contents that were in mix tape form to official albums, starting with J-Hope.

On Friday, BTS released its latest album “Proof” and sold over 2 million copies.

“We are very sorry we are not able to stage a performance that people want,” RM said. “We will do this right later when we are together.”

RM added that he wants to be part of BTS for a “long time” and in order to do so “I have to remain as me.”

The leader thanked Army fans for being the “essence” of BTS.

이미지 확대
Big Hit Music, the entertainment agency behind BTS, underscored in a release that BTS will engage in both team and solo activity, in that the group will temporarily stop with music activity like releasing albums but will continue team activity like web content upload and advertisement.

“BTS will start a new chapter,” it said. “It will be a time for each member to grow with diverse activities and will be nourishment for BTS to become a long running team.”

The septet’s hiatus is timed with their duty call amid stalled legislative review to enable the boyband special exemptions currently only available for Olympics medalists or award-winning stage performers for their contribution to national reputation and economy.

They were granted to push back enrollment to 30 from legal 28 when Kim Seok-jin turned 28 in 2020. Kim also known as Jin turns 30 in December, the maximum limit to duty call. Others would likely take turn with solo activities until they finish their time as they previously vowed to do their duty to their country.