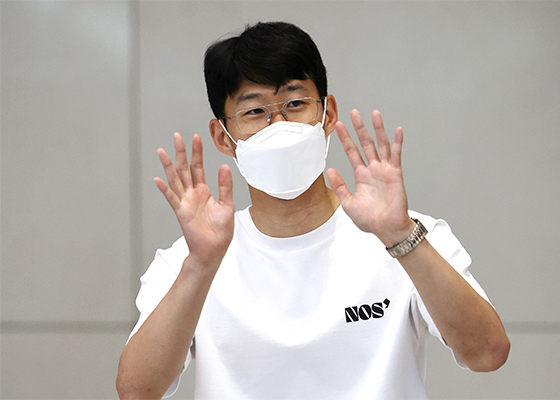 Son returned home Tuesday, carrying the First Golden Boot presented to an Asian from the English Premier League after ending the 2021-2022 season with highest goal scores.

Under camera flashes, he sported a white t-shirt with the logo “NOS7” engraved on the left chest. NOS reads his surname backwards and 7 is his number on the Tottenham jersey.

On January 5, Son filed patents for 15 different business areas including clothing, drinks, restaurants, and sports management all trademarked under the name NOS7, according to the Korea Intellectual Property Information Search (KIPRIS). 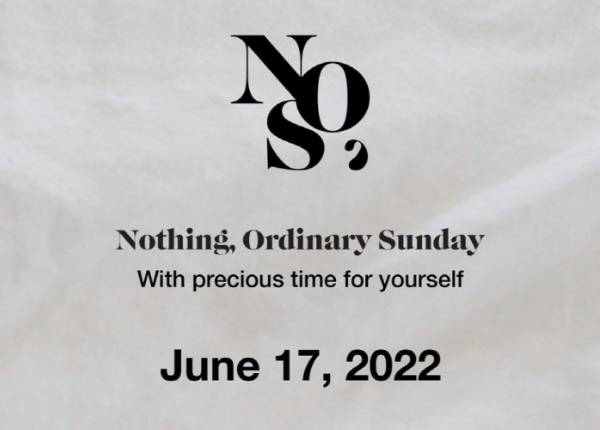 이미지 확대
Under the phrase “Nothing, Ordinary Sunday,” a date - June 17, 2022 – is shown on the brand’s coming soon page, most likely the brand’s launch date.

No other information or product has been posted on the website so far.

While it seems as though he will first launch a clothing line, the brand is also likely to expand to include the other areas he filed patents for.

The restaurant patent signals that Son is preparing to open a cafe or a restaurant while the patent for the sports management company hints at a one-person company.

The Ministry of Culture, Sports and Tourism estimated Son to have an economic value of 1.9 trillion won ($1.5 billion) in 2020.