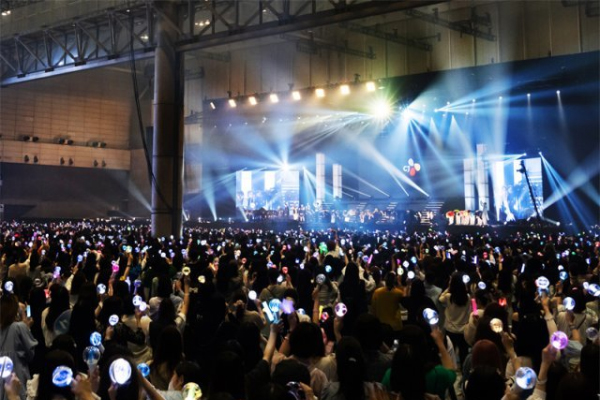 An offline event by the KCON, the world’s largest fan celebration of Korean culture and music, held for the first time in two years in Tokyo was met with enthusiastic response by Japanese fans.

The KCON 2022 Premier is a series of kick-off events that were held in Seoul on May 7-8, Tokyo on May 14-15, and will take place for the first time in Chicago on May 20-21. KCON LA and KCON Japan – the main KCON events – will each later take place in August and October.

Lines extended to 30 minutes at each booth. 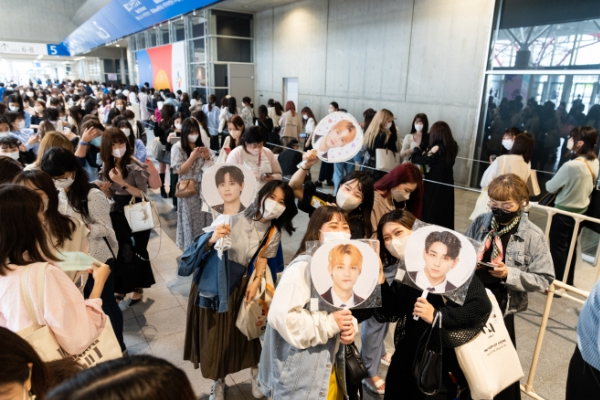 “KCON in the future will not only be a concert but also a space where K-pop fans can all gather together and bond over their appreciation of the Korean Wave,” said Jang Hyuk-jean, the COO of Lapone Entertainment.

Showcase performers included TO1 and participants of “Produce 101 Japan” and others star aspirants under the “Korean idol” training. They covered songs of EXO, BTOB, and Pentagon to pay homage to their K-pop roots.

“It’s amazing how Japanese idols can showcase these great K-pop performances amid the rise in popularity of K-pop in Japan,” said former IZ*ONE member Yabuki Nako and MC of KCON Premier in Tokyo.