League of Legends Mid-Season Invitational kicks off in Busan, Korea 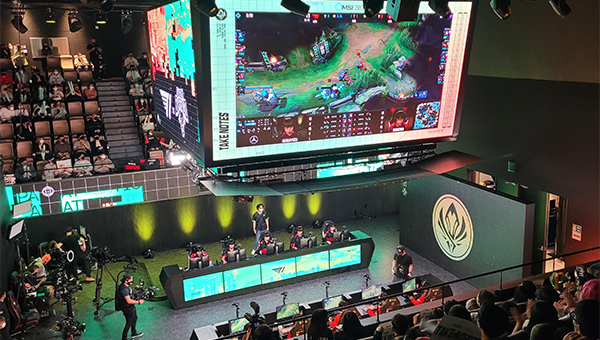 The League of Legends (LoL) Mid-Season Invitational (MSI), hosted by Riot Games, kicked off in Busan on Tuesday, in the first contest held in South Korea and first offline event in two years.

The MSI is an annual League of Legends tournament, where champions of twelve regional leagues worldwide in the spring split compete to be the final winner. It is the second most important international LoL tournament after the World Championship.

The MSI tournament in Busan is the first event with a live audience since the LoL World Championship in 2019 before the pandemic outbreak. Its event in 2020 was canceled.

This year’s competition was participated by 600 professional players and staffers from 33 countries in 11 regions, including Korea, the United States, China, and Brazil.

After the opening ceremony on Tuesday in Busan Esport Arena, 11 teams were divided into three groups for matches until Sunday. Six winning teams will compete in the Rumble Stage from May 20 to 24. The finals will be held on May 29 after two-day quarterfinals.

Although this year’s event will proceed with a live audience, the total audience is likely to be around 26,000 due to restrictions on the number of viewers per game.

“We are excited that Korea holds the MSI event for the first time. We prepared various events as this is the first league with a live audience in two years,” said an official from Riot Games Korea.