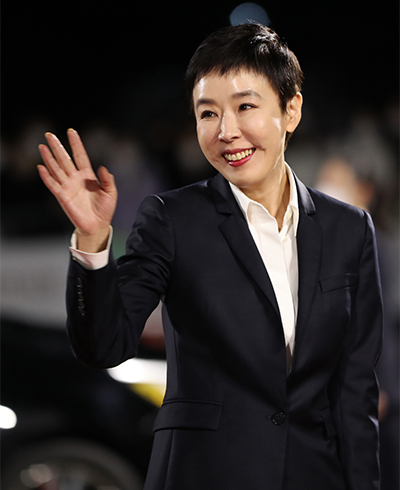 Kang Soo-youn who had been among the first South Korean actresses to claim international awards, passed away on Saturday at the age of 55.

She was admitted to the hospital last Wednesday after being found unconscious at her home from a cerebral hemorrhage.

Kang made her acting debut when she was only three years old. Her first acting break was the coming-of-age drama “Diary of High School Student,” which aired from 1983 to 1986.

She further rose to stardom with her role in the 1987 film “Now, We are Going to Geneva”, a film about the ramifications of the Vietnam War, and cemented her position as an A-lister with the film “The Surrogate Womb” released the same year.

At just 21 years old, Kang became the first Korean actor and the first Asian actor to win Best Actress at the Venice International Film Festival for her role in “The Surrogate Womb” when Korean films were not well known abroad.

Kang continued to receive recognition on the international stage, winning the best actress award at the Moscow International Film Festival for her role in “Come, Come, Come Upward.”

In Korea, she is best known for her role in the 2001 Korean historical drama series “Ladies of the Palace,” which was the highest-rated series that year, reaching 35.4 percent in viewership.

While taking a break from acting for several years, she turned film administrator, co-chairing the Busan International Film Festival between 2015 and 2017.

Kang was supposed to make her acting comeback through the Netflix original sci-fi movie “Jung-E”, directed by “Train to Busan” director Yeon Sang-ho. The movie, which finished filming in January, is slated for release later this year on Netflix.