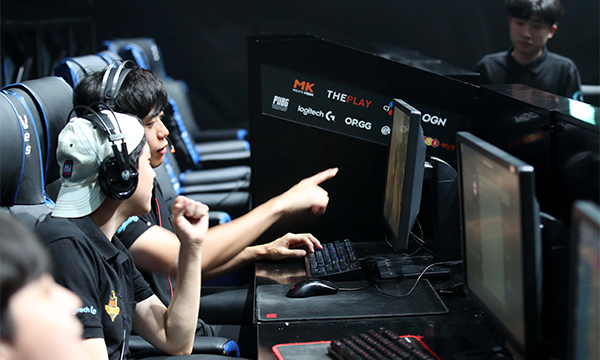 South Korean gaming companies are linking up with cryptocurrency companies as they emerge as rising sponsors for e-sports.

Korean game developer Krafton Inc. is considering incorporating blockchain technology into the company’s Battleground tournaments, which are some of the world’s biggest e-sports tournaments.

Krafton’s “PUBG: Battlegrounds”, the company’s flagship release, is an online multiplayer battle game developed and published by PUBG Studios, a subsidiary of Krafton.

Krafton has been most eager in hosting game competitions.

The game publisher created global e-sports tournaments held across the world in the United States, Europe, and the Asia-Pacific region after releasing Battlegrounds in 2017. Currently, 90 professional e-sports teams are listed on the official website of the tournaments. Krafton is also directly funding the creation of pro e-sports teams.

이미지 확대
“NFT is not only a revenue source for pro e-sports teams, but it also gives them a chance to expand the e-sports fandom by providing the blockchain experience,” said an official from the gaming industry.

Singapore-based cryptocurrency exchange platform Crypto.com signed a five-year deal worth $15 million with London-based esports organization and League of Legends World Championship winner Fnatic to feature its logo on the Fnatic team jerseys and to launch Fnatic NFTs in the future.

The gaming industry is expecting the e-sports industry to grow exponentially if the cryptocurrency market continues to bolster sponsorship, broadcasting, and digital sales.

But due to local regulations, partnership cases in Korea have so far been limited.

By Lim Young-shin and Susan Lee