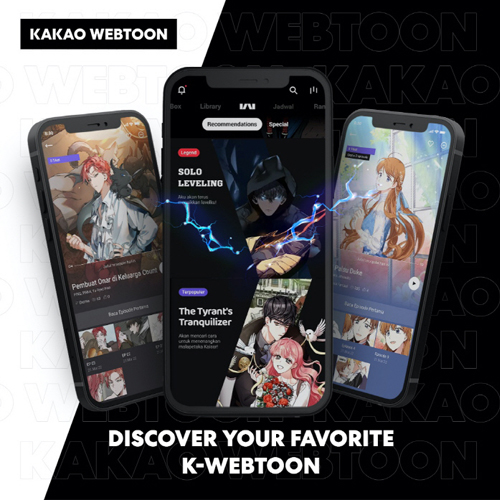 South Korea’s Kakao Entertainment is speeding up its global foray with the launch of its webtoon platform Kakao Webtoon in Indonesia boasting of the world’s fourth largest population of about 280 million that is expected to serve as gateway to other ASEAN countries.

Kakao Entertainment acquired Neo Bazar Indonesia in 2018 to expand its presence in the Southeast Asian market and changed the name of Neo Bazar’s webtoon service Webcomics to Kakao Page Indonesia in January 2020. To beef up its growth in the market after its success in Thailand and Taiwan, the company rebranded the webtoon service into Kakao Webtoon that will offer more original Kakao titles on Wednesday.

The move is part of the company’s efforts to expand its presence in the global market especially in the North American and Southeast Asian markets. Its launch of Kakao Webtoon Indonesia is expected to help its fast inroad into other surrounding markets once its service successfully lands at the world’s fourth largest populous country that can serve as a gateway to surrounding countries in Southeast Asia.

The Korean content company will present 50 popular its original K-webtoons in Indonesia after localization, including “Business Proposal,” and “Solo Leveling.” It plans to increase its webtoon lineups to more than 700 in the country before the end of the year.

“The Indonesian market is significant to our global goals. We will strive to ascend to the top in the market with enormous growth potential,” said Park Jong-chul, the head of Kakao Entertainment’s global business division.

By Oh Dae-seok and Jenny Lee