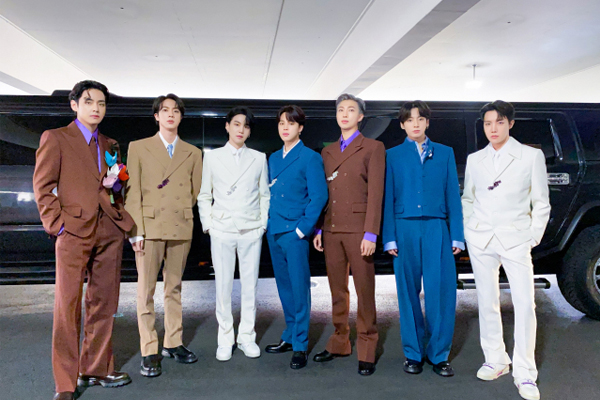 Shares of Hybe, the label behind BTS currently occupying Las Vegas with city-wide events to celebrate their live concerts, have been uplifted Wednesday on renewed expectations for conscription exceptions for the much-loved boyband nearing their age limit for military service in South Korea.

During a press conference in Las Vegas, Hybe Corp.’s COO Lee Jin-hyun admitted uncertainties from changes in the military act and stalled decision from the authority have made making plans for the septet difficult.

“BTS members have currently left the matter of their military service in the hands of the agency (Hybe). BTS has already conveyed the message multiple times that they will accept the call of duty when the national calls them.”

“However, the policy on military service has changed a little, and as the members are experience changes to the Military Service Act that they did not expect, they are currently monitoring the situation while discussing the matter with the company.”

It the first time Hybe has officially commented on the enlistment issue and that the members left the decision with the agency.

Jin, eldest among the septet, has recently turned 29 and must enroll at the end of the year as 30 is the maximum under the act revised in 2020 with deferment allowed for figures recommended by the cultural and sports minister.

All able men from 18 to 28 must serve in the military for minimum 18 months in South Korea still technically at war with North Korea. Exceptions are made for people with special abilities in arts and sports. Pop culture has not been categorized in the field.

Lawmakers have been discussing making BTS exception for their contribution to the national dignity, but the defense ministry in November last year opposed to the plan and left the work to the National Assembly as only changes in the law can make K-pop stars included in the exceptional list.

Whether the move will go through is uncertain as Korea is sensitive to military exemptions.