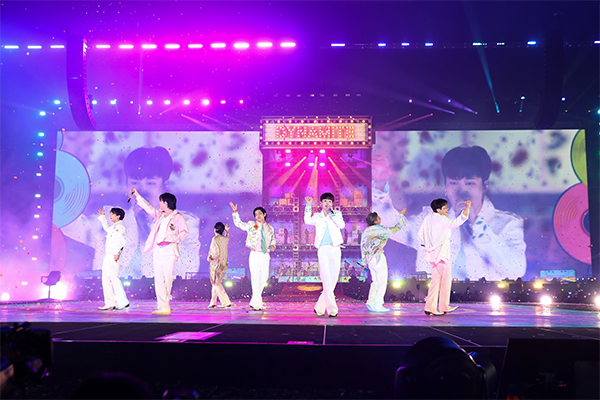 K-pop phenomenon BTS has taken over Las Vegas as they hold their four-day “Permission to Dance On Stage-Las Vegas” tour in the city.

Hybe Co., the agency behind BTS, is turning Sin City into “The City”, an “urban concert playpark” where the city will be filled with BTS-themed activities and events including Bellagio Fountains dancing to the signature songs of the septet.

The four sold-out concerts are being held at the Allegiant Stadium April 15-16 after April 8-9 show.

On April 7, one night before the first of the group’s four concerts, Bellagio Fountains featured a BTS-themed fountain show where the group’s hits such as “Dynamite” and “Butter” were played. 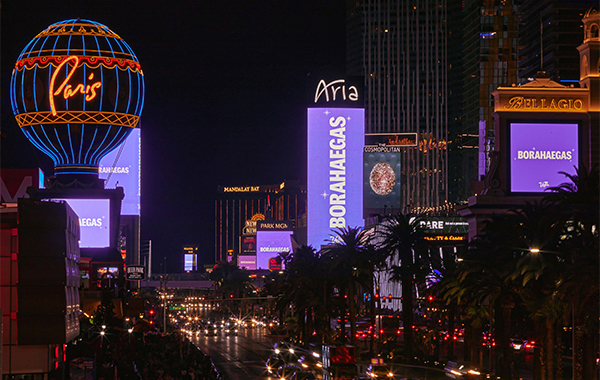 The group’s photo exhibit, “Behind the Stage: Permission to Dance”, featured 240 behind-the-scene photos of the group as they prepared for their world tour. The 4,800 tickets available each day all sold out despite the cap on the number of people per viewing.

The “BTS Pop-Up: Permission to Dance” where fans can purchase official concert merchandise was set up at a parking lot across the photo exhibit.

MGM Resorts International, a sponsor of the concert, prepared BTS-themed rooms at 11 hotels. Guests have been given welcome message cards handwritten by the seven members as well as photo cards. 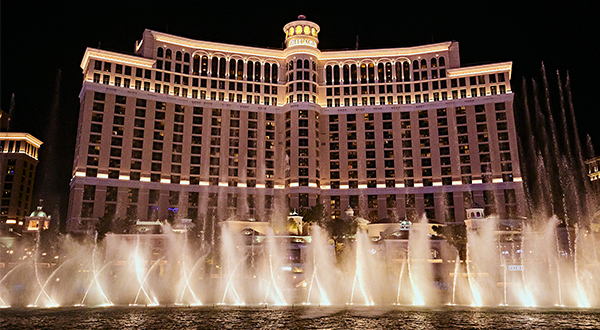 A restaurant at the Mandalay Bay resort is offering a menu specially curated with the group’s favorite Korean dishes that are served as a course meal.

"Our goal is to create an event that not only for the fans but for everyone can enjoy," Kim Tae-ho, the chief operations officer (COO) of Hybe.

The City project is not a one-time event and it will be held for other artists under the label, he added. BTS’s citywide festivity will continue until April 17.