According to the IT industry on Wednesday, CJ is preparing a SaaS solution platform where K-pop stars and actors will be able to directly communicate with their fans. The company will see to groom the platform as a new revenue generating source by launching profit-generating services such as live commerce.

The move is part of CJ’s efforts to foster the growth of platform business as one of its four future growth engines.

‘Fandom economy’, or economic activities based on fandoms, is becoming a big thing in the Korean entertainment business that has grown rapidly during the Covid-19 pandemic drawing audiences from across the world.

Hybe, the entertainment label behind K-pop megastar BTS, saw its annual revenue top the 1 trillion won ($830 million) milestone on a consolidated basis last year for the first time despite the pandemic largely thanks to Weverse, its fandom platform that has attracted a massive number of new subscribers from all of the world. Indirect sales from artist-related content, goods, licenses, and fan clubs surged to 733.2 billion won, up 72.8 percent in 2021 compared to the previous year. 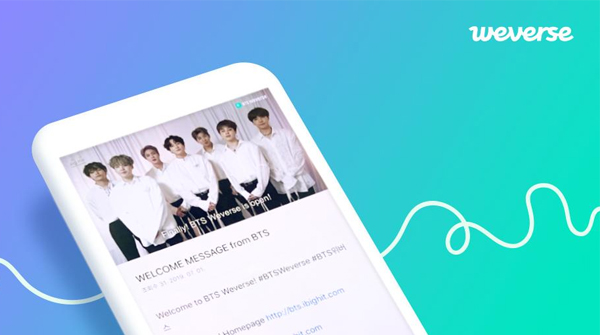 이미지 확대
Korean gaming giant NCSoft also plans to expand its global fandom platform ‘Universe’. Universe recorded 21 million downloads in 233 countries in February, just one year after its launch. Universe is considered to have huge growth potential as 89 percent of its users were overseas users.

As a latecomer, CJ is expected to form partnerships with diverse businesses both at home and abroad because collaboration with entertainment agencies and content producers is vital in the success of fandom-based platforms.

It will also work closely with its own entertainment affiliates. CJ CGV, Korea`s leading cinema chain and an affiliate of CJ Group, is currently operating a mobile and web-based fandom community called ‘Fan-Around’. Fan-Around enables easier communication between fans and artists and also supports artists’ short-form content. It also plans on launching goods in the future.