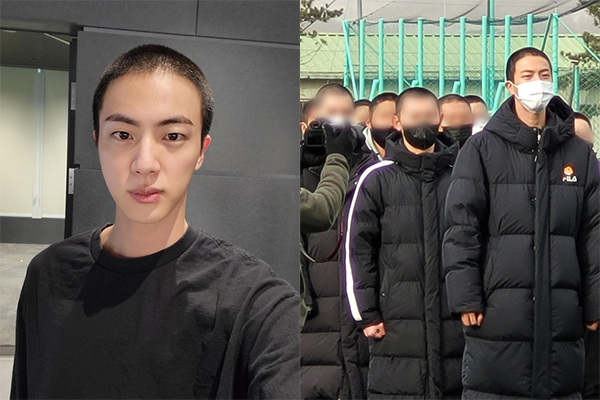 Jin of K-pop sensation BTS became the first member of the boy band to start mandatory military service in South Korea on Tuesday, fulfilling his pledge that ended a debate about whether to grant popular artists like BTS members military exemptions for promoting “national honor” like athletes and classical musicians who win medals at international competitions.

The enlistment of the eldest member of the band, whose birth name is Kim Seok-jin, represents a pause for the K-pop supergroup, with other members expected to sing solo before they join the armed forces in the near future.

Jin will conduct his service with a five-week basic training course in the Yeoncheon army base in northern Gyeonggi province before being assigned to an Army unit. He is expected to finish his service on June 12, 2024.

Numerous banners and balloons were placed to welcome Jin in front of the compound with many fans and reporters gathering outside to catch a glimpse despite his earlier requests for them to stay away. Last week, BTS’ label, Big Hit Music, said that there would be no special send-off events or photo shoots for Jin. The military and county authorities put in about 300 guards and security staff in preparation for an emergency and had ambulances on standby. 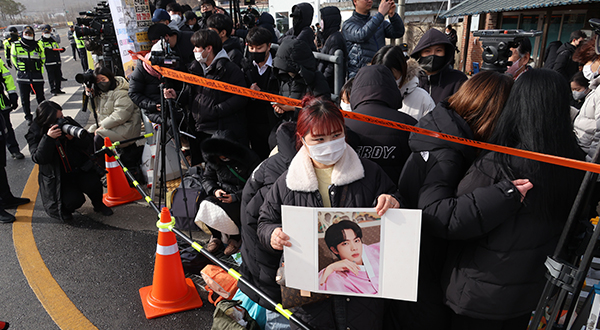 All BTS members were known to have come together to see Jin off that day. At around 1:45 pm, a motorcade of six black vans, which was assumed to carry Jin and his colleagues, entered the boot camp. The vans left the compound in a line at around 2:50 pm after the military entrance ceremony.

Shortly after his enlistment decision was announced in October, Jin released “The Astronaut” as his debut solo single in collaboration with British band Coldplay. He also posted a selfie on social media last Sunday, showing off his freshly shaved hair.

The remaining BTS members are expected to follow Jin into the armed forces. Another member Suga, born 1993, will undertake his military service as a social service agent instead of an active-duty soldier. Details on his assignment and enlistment time remain unknown. RM and Jhope, both born in 1994, Jimin and V, both born in 1995, and Jungkook born in 1997 are expected to enlist in the military between 2023 and 2024.

Earlier, the band’s management said that the group would reconvene around 2025 but could not specify the exact time.

Under Korea’s conscription, all able-bodied men in the country are obliged to serve between 18 and 21 months in the military. But the county grants military exemptions to those deemed to have promoted “national honor,” and athletes that win any of the Olympic medals or Asian Games gold medals, as well as classical musicians who win international competitions are exempted from military services.

Politicians and the government have joined a national debate about whether popular artists should be also granted exemptions after BTS fans have petitioned for exemption for the seven-member boy band, citing the group’s immense worldwide success.

By Chung Joo-won and Minu Kim