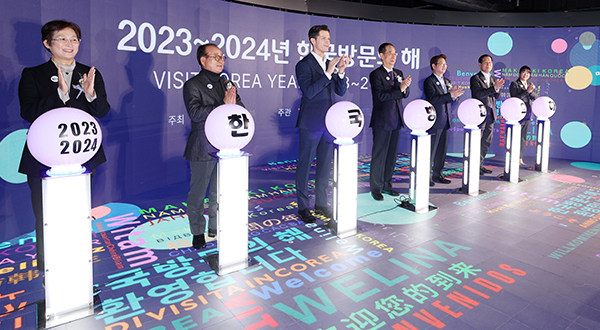 The South Korean government unveiled measures, including easing travel-related restrictions, in its efforts to attract 30 million tourists by 2027 as borders around the world reopen amid easing in Covid policies.

Under the 2023-2027 tourism promotion basic plan, the government will designate 2023 and 2024 as Visit Korea years and hold K-tourism road shows in 50 cities around the world. It will aim to bring in 30 million foreign visitors in 2027 and raise $30 billion in travel income. Korea in 2019, before the pandemic, attracted 17.5 million foreign visitors and raised $20.7 billion in income.

The government also plans to have foreigners stay longer in Korea - 15 days on average by 2027, up from 12.9 days in 2019. It will, in particular, innovate regulations so that more clusters are designated as areas for Meetings, Incentives, Conferencing, and Exhibitions (MICE).

Currently, areas designated for MICE need to meet certain requirements such as having a facility dedicated for conferences, enough number of foreigners participating in the international meeting, and convenient transportation facility. The government plans to ease requirements to increase the number of these clusters to 10 from five within five years. The current five complexes are in Goyang, Gyeonggi Province; Haeundae, Busan; Songdo, Incheon; Daegu; and Gwangju. 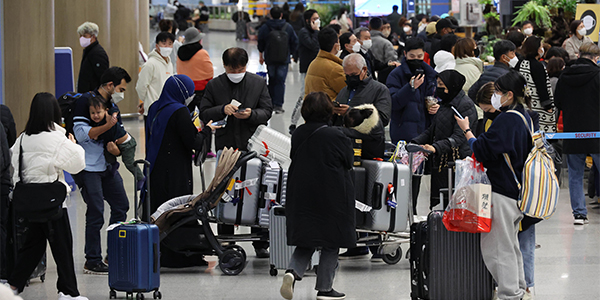 The government also aims to create new tourism industry demand through medical treatment and casinos. It will announce six wellness and medical treatment tourism convergence clusters that integrates healthcare and leisure next year and designate one wellness tourism city of the year.

The government will create a 500 billion won ($382.9 million) tourism fund by 2027 to promote travel-related ventures. It also plans to expand the number travel corporation support centers at home and abroad to 14 in Korea and 10 overseas by 2027, up from eight and one, respectively. It will also offer interest benefits to small- and mid-size travel-related companies that seek digital transformations.