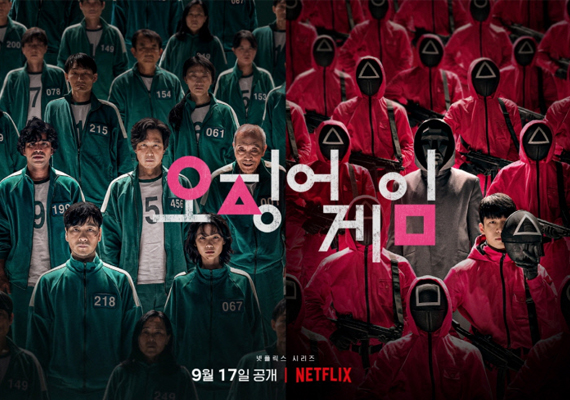 Netflix`s original Korean series "Squid Game" has become a global hit, soaring to No.1 on the Netflix show ranking in 22 countries including the U.S., becoming the first South Korean drama to reach the milestone on the streaming platform.

According to streaming analytics platform FlixPatrol, “Squid game,” released on Sept.17, is now No.1 on the U.S. Netflix chart, surpassing the new season of widely popular British teen comedy-drama “Sex Education,” which had previously topped the U.S. ranking.

It also topped Netflix charts in South Korea and 21 other countries including Mexico, Hong Kong, Thailand, Taiwan and Vietnam.

“Squid Game” starring Korean actor Lee Jung-jae and Park Hae-soo is a thriller revolving around 456 contestants, all of whom are heavily indebted, who are invited to compete in a series of deadly survival games to win prize money.

Thanks to the show’s global success, fans are eager to get their hands on props and costumes from the series. 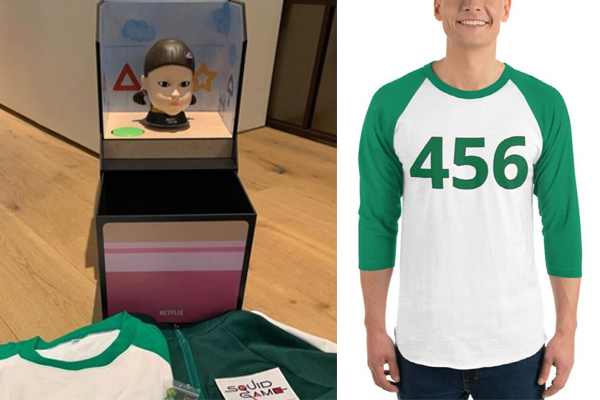 이미지 확대
Netflix has yet to launch any official merchandise available for purchase but green Squid Game tracksuit dupes are sold for $39.95 including shipping on online auction platform eBay. “Sugar Honeycomb” kits and Korean traditional lunch boxes are sold for $30 and $35 respectively, 10 times more expensive than in Korea. A black mask worn by The Front Man is listed for 100,000 won ($84.9).

Netflix is also holding a promotional giveaway event at the Squid Game pop-up playground set up in Itaewon, central Seoul until Sept.26.