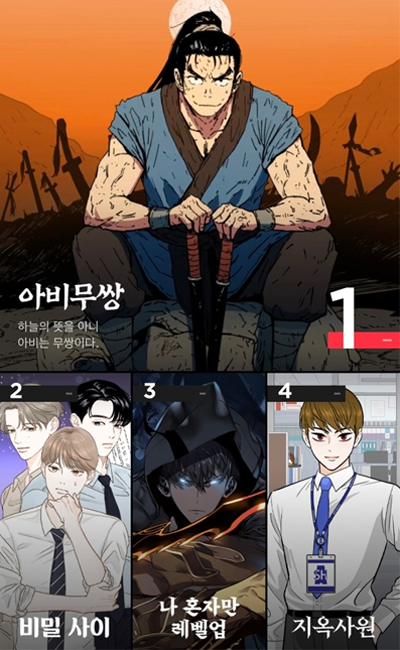 A horserace between Korea platform rivals Kakao Corp. and Naver Corp. intensifies as the two clash over leadership in the digital comics realm across Asia and the United States.

According to application data provider AppAnnie on Tuesday, Kakao Webtoon, the digital comics platform run by Kakao Entertainment, and Line Webtoon, the global version of Naver Webtoon, became the top two highest-grossing entertainment apps in Android and iOS in Thailand in August.

Kakao Entertainment launched Kakao Webtoon in June in Thailand and Taiwan, prior to its release in any other markets. Kakao Webtoon ranked top in the comics category on Google Play Store and came second in the entertainment category on Apple AppStore on its launch day. The popularity was owed to the efforts of the company to make hit comics in Korea and Japan fit the local demand and trend.