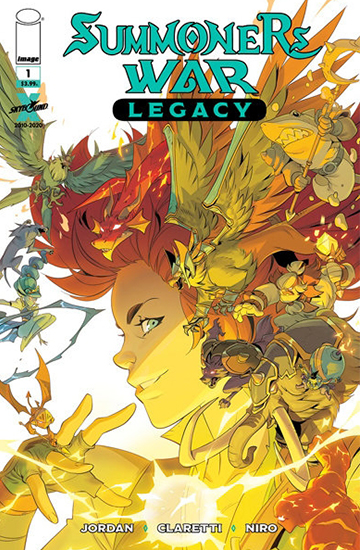 Kirkman said during an interview with Maeil Business Newspaper that he is pleased to expand the world of “Summoners War” to various other fields. Com2us published short animation “Summoners War: Friends and Rivals” last year and comic book series “Summomers War: Legacy” in April with Skybound.

Kirkman admitted that building up a story based on the existing world view of Summoners War was much more difficult than creating the story from scratch like he did with the Walking Dead. But it was an interesting job to meet the new world in different fields, and he will continue to work hard to appeal to fans by creating various stories while respecting the original world for more than 100 million fans who have played the game, he said.