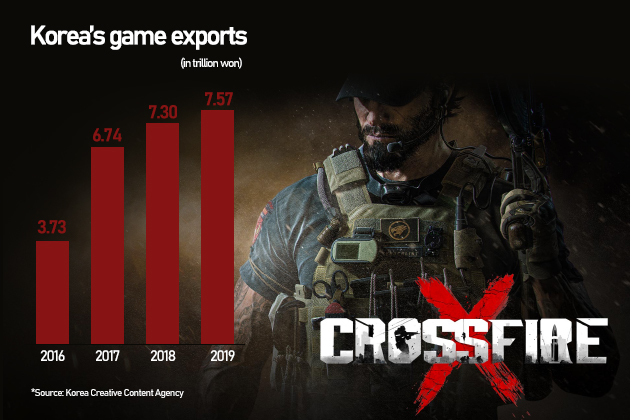 Sanctions by China acted as a boon for South Korean game publishers as they eagerly sought out the greater global market through mobile and console labels amid self-entertaining momentum during Covid-19 period.

According to the Korea Creative Content Agency on Wednesday, content exports by local gaming publishers totaled $6.66 billion in 2019 with an average annual growth of 9 percent since 2010.

During the time, game exports to China were near to null as a part of Beijing-led censorship to protect local industry from foreign contents penetration.

Com2uS’s hit label Summoners War: Sky Arena gained the sold approval at the end of last year after four years of denials to others.

Others have taken their labels elsewhere.

Three big names Nexon, Netmarble and NCSoft and smaller latecomers like Smilegate, Krafton and Pearl Abyss have all been aggressive in their overseas expedition.

Krafton’s signature survivor shooter game “PlayerUnknown’s Battlegrounds” mobile version commands a kind of cult has made a hit in India and the Middle East.

Netmarble’s mobile RPG title “The Seven Deadly Sins: Grand Cross” has been met with roaring response from gamers in France and Germany, ranking top by revenue on iOS App Store.

“Revenue from overseas markets has been hovering above 70 percent of the total,” said a Netmarble official.

Releasing new titles in console platform could be helpful to defend leadership against the ascending of Chinese companies. It requires highly advanced technology with massive investment but instead will help generate that much revenue. 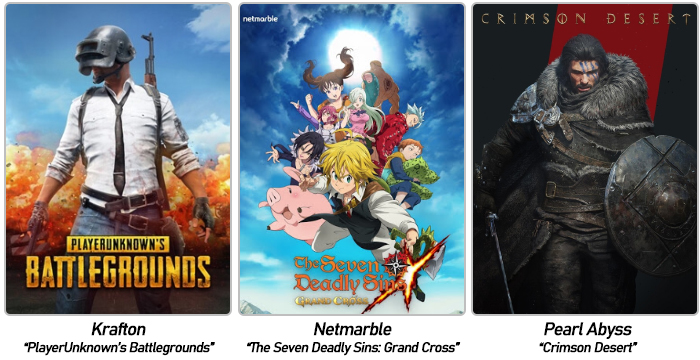 Global gaming market was estimated at $186.49 billion in 2019, of which console games took up one fourth. Global console game market grew fast to $53.9 billion last year, up 19 percent from a year earlier, according to market research firm Ampere Analysis Ltd.

Console games were enjoyed by a small group of gamers earlier in Korea. The market however has been growing at a rate of an average 40 percent per year since 2016 and is expected to grow to above 1 trillion won for the first time this year.

Publishers are ramping up the pipeline on console platform. Pearl Abyss, who launched the Xbox version of “Black Desert Online,” is readying to unveil console versions of “Crimson Desert,” “DokeV” and “Plan 8”.