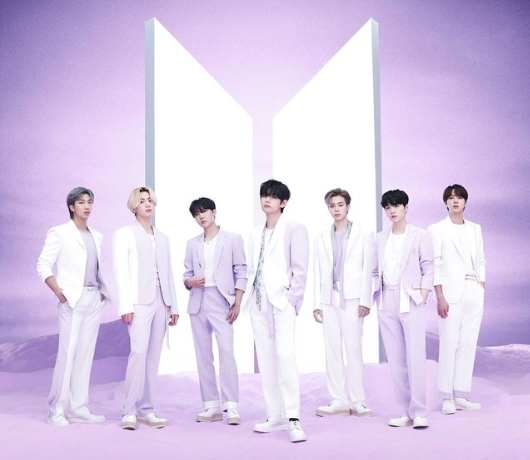 이미지 확대
The 7 members of K-pop superstar BTS have joined the stock-rich group with holdings of over 20 billion won ($17.6 million) after shares of their entertainment agency Hybe Co. topped 300,000 won for the first time since debut in October.

Shares of Hybe closed 5.39 percent higher at 313,000 won on Friday, topping 300,000 won for the first time since its Kospi debut on October 15. Its shares have been on a gaining streak for 7 trading sessions with the price soaring nearly 20 percent from June 9. The surge in share price has sent its market cap to reach 11.1 trillion won.

The stock rise has pushed up stock value of each BTS member to 21.4 billion won. Each member owns 68,385 in Hybe common shares after the agency’s largest shareholder Bang Si-hyuk gifted 478,695 shares in total to the boy band members before the company went public last year. The value of the shares reaches 150 billion won combined and 21.4 billion won per member, which is more than double that of 9.2 billion won based on the offering price of 135,000 won apiece.

According to FnGuide, the value of shares each held by BTS members is 43rd highest for holders aged under 30. The members are aged between 24 and 29.

The value of shares owned by Bang, meanwhile, has surged to over 4 trillion won, which is nearly the value of shares held by Hyundai Motor Group Chairman Chung Eui-sun. Bang owns 13,151,394 Hybe shares or 34.74 percent of the total.

Shares of Hybe has been on a roll with BTS’s new single “Butter” hitting top spot for a third week on U.S. Billboard single chart. The boyband’s best album, “BTS, The Best,” in Japan also sold 572,000 units on the first day of release, ranking top on Oricon’s daily album chart.

Foreign ownership in Hybe also soared to over 11 percent, up from 3.62 percent upon debut.