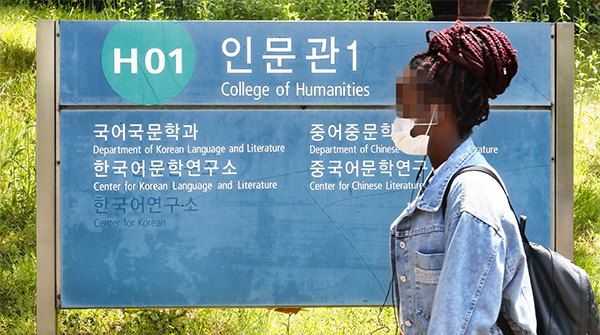 Growing popularity in Korean pop music and drama is driving foreigners to Korean universities to learn Korean history or Korean language and literature.

Out of 4,331 graduate school students learning Korean or Korean literature last year, foreigners accounted for 1,683 or 39 percent, according to data from Korean Educational Statistics Service on Thursday. The number increased from 1,209 in 2011.

There are 183 foreign students in graduate schools of Korean studies at the nation’s most prestigious universities – Seoul National University, Korea University and Yonsei University – in the first semester of 2021. In Seoul National University, the number of students from overseas took up 41 out of total 115 enrolled students for Korean literature, and they are from 18 different countries including the U.S., China, the U.K., Germany, Finland, Indonesia and Turkmenistan. There 45 overseas students out of 143 enrolled in a graduate school of Korean literature at Korea University and 97 out of 277 at Yonsei University.

Some foreigners who studied Korea-related subject at a college have become popular YouTube stars with Korean cultural content. Soviet Girl, a YouTube creator with 1.12 million subscribers offering videos related to Korean culture, is known to have majored in oriental studies at Russia’s Novosibirsk State University.