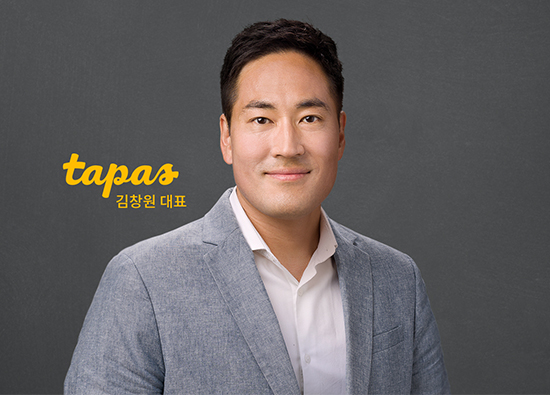 California-based web comic publisher Tapas Media Inc. is ready to expand further now that it has become a formal member of Kakao family and can leverage on Kakao Entertainment Corp.’s intellectual property riches of over 80,000.

Tapas Media will strive to be IP powerhouse by actively incorporating Kakao’s success strategies in Asia, said Kim Chang-won, the web comic publisher’s founder and CEO, during his interview with Maeil Business Newspaper on Tuesday.

Tapas CEO Kim will continue to lead the company as well as serve as Kakao Entertainment’s global strategy officer.

Founded in 2012, Tapas Media is one of North America’s major web cartoon platforms with 3.5 million monthly active users, over 60,000 local web cartoonists, and 100,000 some original works.

The demand for web cartoons is growing in the U.S., especially among the young generation, said Kim. There had been little opportunities for web cartoon creators when Tapas Media first launched but the market has evolved to a major content industry in the U.S. with Tapas allowing local artists and authors to have easier access to content publishing, he said. 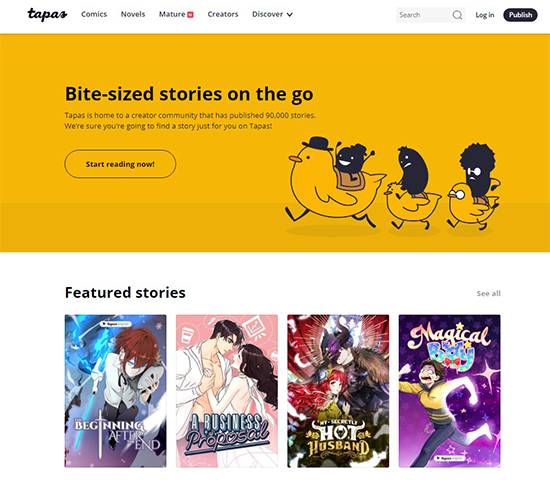 So far, only Marvel, DC and such book based comics have been made into movies in the U.S., but the market for mobile-based contents like web novels and comics is expanding fast, noted Kim.

Naver also has made inroads into U.S. web comic market but Kim believes the companies should now focus on attracting traditional contents market’s consumers and creators to web-based market rather than going into competition.