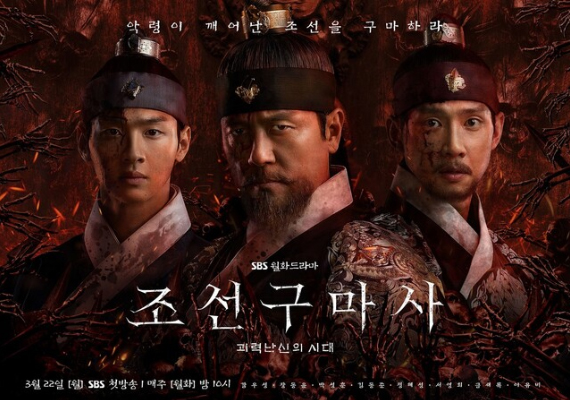 이미지 확대
Ill-fortuned epic drama “Joseon Exorcist” which was pulled out of the terrestrial TV channel after just two episodes due to fiery protest over exaggerated distortion of Korean history and excess exposure of Chinese props has caused multimillion-dollar losses for its producers and wreck on related stocks.

YG Entertainment, the parent of the show’s producer YG Studioplex, and the country’s terrestrial TV network SBS which hosted the drama for Monday-Tuesday 10:00 p.m. air, so far have seen 71.6 billion won ($63.2 million) erased from their combined market capitalization over the past week.

The fantasy drama set in the early stage of Joseon Dynasty drew criticism and boycott movement since the first episode. The intensifying controversy has led to a scurry of cancellations of sponsorships and advertisements, making SBS to pull it out entirely. The drama which was already 80 percent complete is estimated to have incurred a loss of around 32 billion won.

The termination of the show is expected to affect new historical TV shows such as “Snowdrop,” the upcoming JTBC drama. The show has been under fire for disparaging the country’s democracy movement in the 1980s, sparking concerns for consumer boycotts. Critics also point their fingers at the fact that the show received around 100 billion won worth investment from China’s Tencent.