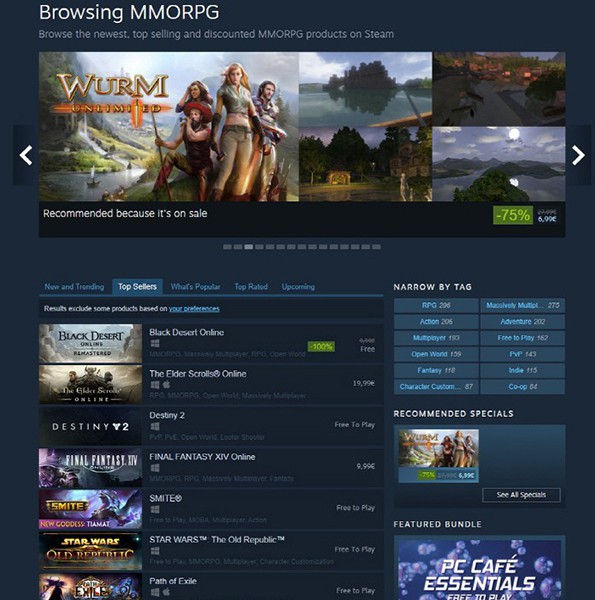 It is the first Korean game title that has grabbed the top spots of Steam’s two categories of Top Sellers and What’s Popular in the North American and European market. The company attributed the feat to its large-scale promotional efforts and active communication with global users.

Pearl Abyss began servicing Black Desert in North America and Europe after signing a publishing contract with Kakao Games in 2016. It offered the game through Steam in 2017 and began direct service last month.

Black Desert has made splashes elsewhere as well. According to game ranking site MMO Populations, Black Desert is the fifth most-played MMORPG in the world. It ranked as the most popular MMORPG by Turkey’s biggest online game store Oyunfor earlier this year.

“Black Desert that began its service in 2016 in North America and Europe has become one of the most successful Korean games in the regions,” said Kim Kwon-ho, head of Black Desert service division at Pearl Abyss. “We will continue to provide high quality content and stable service based on our global service experiences and know-how.”