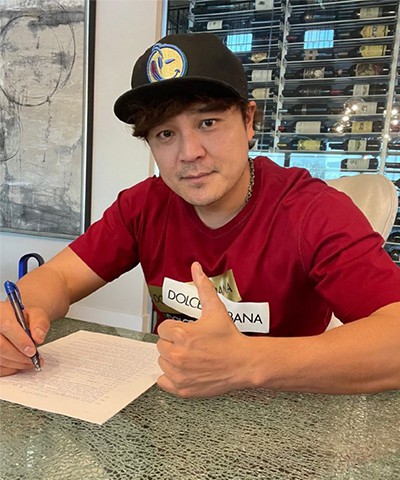 Veteran MLB player Choo Shin-soo will become a rookie to the Korean baseball league as he signed a $2.4 million contract with Shinsegae Group, the new owner of Incheon-based SK Wyverns.

The novice baseball club owner gained windfall by winning Choo, a former All-Star outfielder for the Texas Rangers, to its team starting anew on Emart payroll.

Choo became a free agent at the end of 2020 season and he opted to spend his latter part of his baseball career at home and offered to donate 1 billion won out of his compensation.

Choo played 16 seasons in Major League Baseball after making his big league debut in 2005. He went on to play for the Seattle Mariners, Cleveland Indians, Cincinnati Reds and Texas Rangers and he holds the records for most MLB homers by an Asian player.

The Wyverns held the right to sign Choo in a special draft held in April 2007 for overseas-based players, which makes Choo commit to the Wyverns for at least one season should he return home. The draft right was handed over to Emart under Shinsegae Group when Shinsegae purchased the baseball club managed by mobile carrier SK Telecom in January.

Choo said in a statement he had received offers from a few MLB clubs but decided that playing in his home country was going to be a new turning point.

Choo is scheduled to arrive in South Korea on Thursday. He joins his team for spring training in March after two-week quarantine.

By Lee Yong-gun and Lee Soo-min