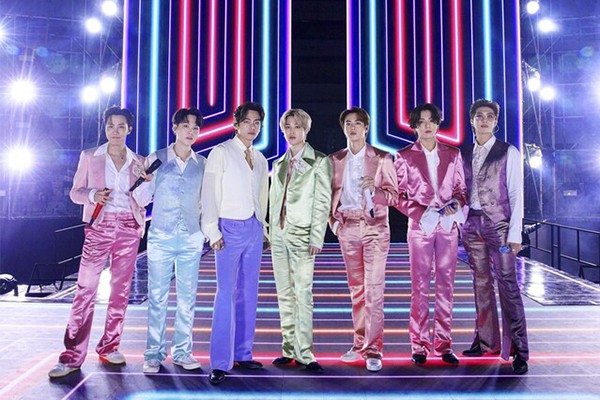 BTS continues with writing new chapter in K-pop history as it remains longest – 13 weeks – on the U.S. Billboard Hot 100 song chart for a K-pop act with “Dynamite” at No. 5 this week.

The all-English song Dynamite debuted at No. 1 and spent two weeks as the first K-pop act. It broke the longest record by Psy’s 2012 hit “Gangnam Style” that stayed at top 10 for 12 weeks.

The Hot 100 ranks the most popular songs in the U.S. every week by blending all-genre streaming, radio airplay, and sales data. Various versions released have increased the song’s downloads, streams and radio airplays.

Separately, the septet’s latest mini album “BE” moved up five notches to No. 21 on the Billboard 200 albums chart this week. The BE, released on Nov. 20 last year, also debuted at No. 1 on the main albums chart as the second of the Korean boyband after “Map of the Soul: 7” in March.