Korean American family drama “Minari” has kept up its stunning award-winning streak in Hollywood, picking up two more trophies from a group of film critics based in Washington D.C., the United States, on the last leg in its journey towards the Oscars.

With the addition, veteran actress Youn has won a total of 21 awards for the role in the U.S. She also has earned a nomination for the best supporting role at the Screen Actors Guild (SAG) Awards 2021 as the first Korean actress.

“Minari,” written and directed by Lee Isaac Chung, is based on his autobiographical tale of a Korean American family that moves to rural Arkansas in search of their own American dream. 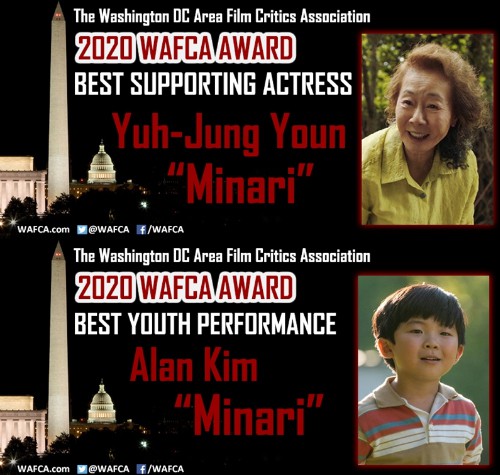 On the same day, the film also scored surprise 10 nominations such as for best director, best screenplay and best foreign language film at the Critics’ Choice Awards 2021, raising expectations for a possible Oscar win.

With its hugely impressive SAG and Critics Choice showing, Minari now looks to be gaining “momentum” as well with a month left before those Oscar ballots will be filled out, the kind of “underdog story Oscar voters also love,” Hollywood magazine Deadline reported.