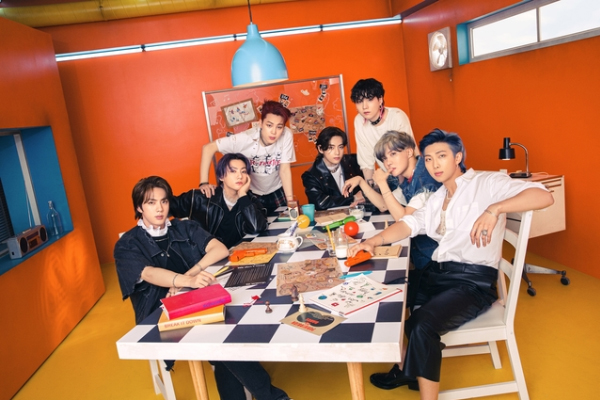 K-pop super group BTS has swept nine top ranks at the year-end charts of U.S. Billboard, while their impresario joined an exclusive list of 50 most influential figures by a U.S. media.

Billboard said in its posting that “BTS dominates internationally,” adding that it is “the year’s top artist, and has the year’s top song.” 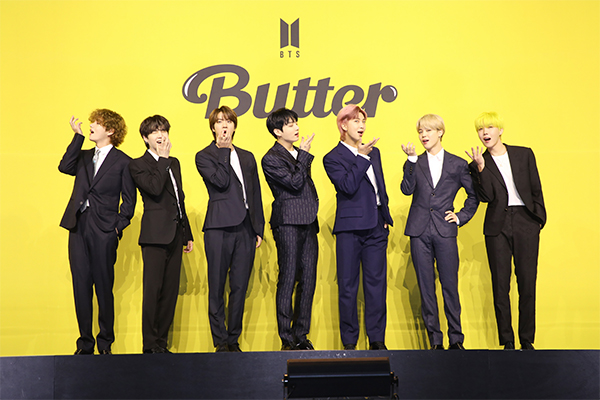 BTS’ “Butter,” released in May, topped the Billboard’s main single chart for 10 consecutive weeks, and its “Permission to Dance,” and “My Universe” collaborated with Coldplay also sat on top of the Billboard Hot 100 chart.

Meanwhile Bang Si-hyuk, the creator behind BTS and founder of Hybe, was among the select three South Korean names on this year’s Bloomberg 50 honoring “50 people in business, entertainment, politics, and technology and science whose 2021 accomplishments were particularly noteworthy.”

Bloomberg recognized Bang for bringing K-pop to the center of the U.S. music business by engineering a $1 billion deal in April to bring Ithaca Holdings under Hybe. The other two Korean names were Hwang Dong-hyuk, the director and writer of Netflix’s mega-hit series “Squid Game” and Lee Hoe-seung, the chair of the intergovernmental Panel on Climate Change.

Investors celebrated the news, with shares of Hybe gaining 3.5 percent to 341,500 won in Friday early session upon 6.4 percent loss on the previous day due to sale of shares held by some BTS members.