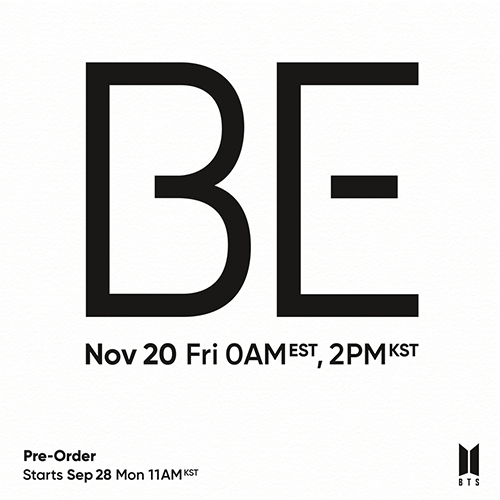 K-pop phenomenon BTS will meet with global fans with new album “BE (Deluxe Edition)” due out on Nov. 20, its producer Big Hit Entertainment announced at the fan community platform Weverse on Monday.

The highly anticipated album contains “the most ‘BTS-esque’ music yet,” according to the label.

“The latest story from BTS begins by declaring that ‘even in the face of this new normality, out life goes on’ and imparts a message of healing to fans and to the world,” said Big Hit.

The arrival follows the release of BTS’s new single “Dynamite,” the first all English-written song that conquered the No.1 on Billboard’s Hot 100 main singles chart as the first K-pop act. The upcoming album is the septet’s second one for this year following the first release, the “Map of the Soul: 7,” which dropped on Feb. 21. 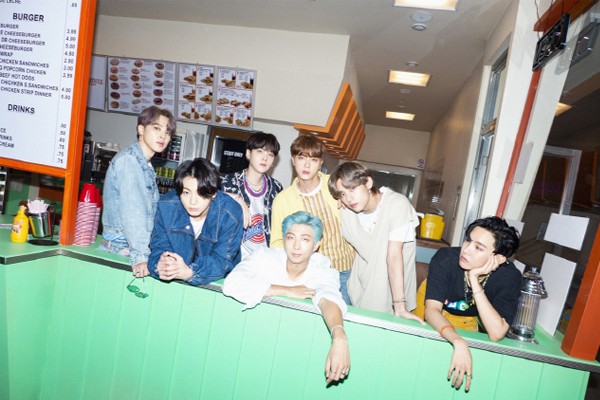 The new album will be more special because each BTS member took part in not only the music, but also a wide range of album production from the concept and composition to design. After the K-pop superstar cancelled the entire Map of the Soul World Tour due to the worsening COVID-19 pandemic in April, the seven members started focusing on the new album production and unveiled the production process on its official YouTube channel and various interviews.

Fans will discover throughout the album “the thoughts, emotions and deepest reflections of BTS” while experiencing an even richer musical spectrum, Big Hit emphasized.

Pre-orders will begin at 11 a.m. on Monday. Only the first-run print will be offered in limited quantities.