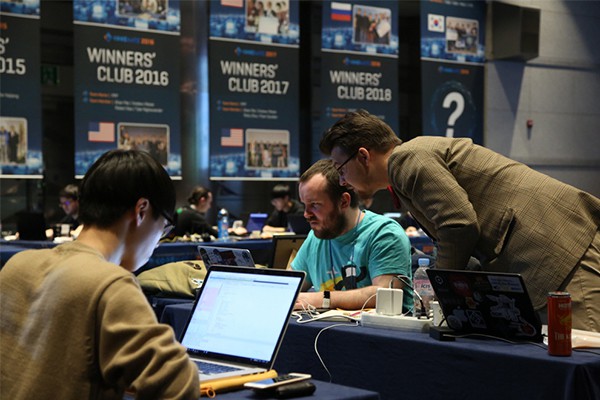 White hats across the world are invited to vie for top prize money of 65 million won ($54,654) in total at CODEGATE 2020, one of major international hacking competitions held online this year on September 9-10 in South Korea.

CODEGATE, founded in 2007, is hosted by Korea’s Ministry of Science and ICT and organized by the Korea Internet & Security Agency, Codegate Secutiry Forum and Maekyung Media Group. It has positioned itself as a marquee competition and conference for global white hackers and computer security experts.

This year’s competition will be held entirely online and live-streamed on YouTube.

A total of 41 teams that already passed preliminary rounds will compete in three categories in the final contest where the prize is worth 65 million won in total.

In adult competition, four Korean teams – Angjinmoti (last year’s winner), ROK, The Duck and CodeRed – will compete for the prize of 30 million won against teams from the U.S., China, Taiwan, Russia and Japan. Of the foreign contenders, PPP from the U.S. is considered a strong contender.

Various security measures will be in place to enhance fairness and prevent cheating. All participants have to log in to the network with a pre-registered key and will be video-monitored during their 24-hour problem-solving.